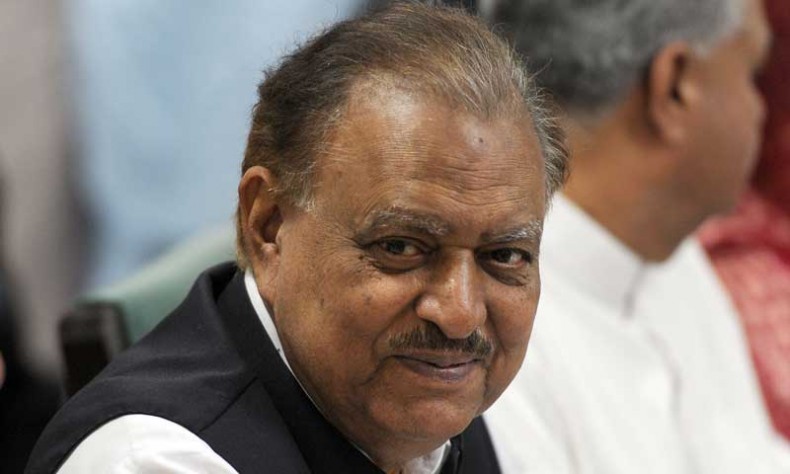 The president of Pakistan, Mamnoon Hussain, will be representing the country at the 2nd World Internet Conference in Wuzhen town of Hangzhou in Zhejiang province, China and has already arrived in China to attend the three-day event.

The World Internet Conference, an annual high-level summit jointly-organized by the Cyberspace Administration of China and the People’s Government of Zhejiang Province, plays hosts to a huge number of leaders as well as executives from tech giants from all over the world. Being one of the biggest platform to discuss internet and cyberspace related issues, the conference is considered instrumental in the building a cyberspace community in favor of a shared destiny, advocating a worldwide respect for diversity and also in forging consensus and confronting risks to cyber security jointly.
This year, the conference is scheduled to held from 16th to the 18th of December and will be attended by almost 2,000 participants from 120 countries and regions.

Recently, Pakistan and China signed a pact for the development of an “E-Corridor”, enhancing the importance of the already signed China-Pakistan Economic Corridor project. The president’s enthusiasm in attending the conference himself is also reflective of these improving ties between the two countries and after the event, there will also be a bilateral meeting between the Chinese and the Pakistani presidents.

Masood Khalid, the Pakistani Ambassador to China said that,
“With CPEC on a fast track of implementation, our relationship is gaining newer heights. As next year marks the 65th anniversary of diplomatic relations between our two countries, I am confident that the upward momentum of our bilateral strategic partnership will continue to grow in the coming years.”

previous
“Mohafiz” lets you send out emergency alerts via SMS at the touch of a button
random
next
OPEN Islamabad event to be held this weekend; We are giving away 10 Free Passes
Trending Posts