Well there is one way to describe this phone, it’s cheap. Unfortunately, there isn’t any other way to put it. But please don’t let that put you off. Cheap does not mean it’s bad.

One thing that I liked about this phone is that it is not trying to be something it isn’t. I mean Doogee knew they are making a regular cheap phone and they didn’t try to polish the, well you know what I mean. And I think that is a good thing. Talking about good things, let’s jot down the ‘goods’ and ‘bads’ of the phone.

The phone set is simple. There isn’t much going on around it which I think is a good thing. Phone is all black with chrome bezel (Oh God why?) and comes with a transparent bumper for protection. The back cover and the sides don’t feel cheap though. They feel smooth and pleasant to hold. The camera is protruding from the back which can be a worry if you want to place the phone on the hard surface. Fortunately, the bumper is there to save the days.

The phone dimensions are 141.2 x 70.2 x 7.9 mm. That’s one great aspect of the phone. It doesn’t feel uncomfortable in the hand or in your pocket. The phone is very easy to carry. The power/screen off button is situated at the top along with the headphone jack and USB charging port is located at the bottom next to a very obvious pinhole for the mic. The speaker is placed under the Doogee logo behind the phone.

Volume buttons are at a strange place. They are not exactly on the side edge of the phone but slightly towards the bottom. So they are fine to use if you are using the phone with your right hand. You can easily turn the volume up and down with your fingers, but in left hand using your thumb to turn the volume up/down can be tricky and slightly frustrating, especially with the protection bumper on.

Phone has 1 GB RAM and 8 GB ROM. New out of the box, phone had slightly more than 4.5 GB free in memory. You can also stick in a memory card if you want more memory.

You have 3G capability on both SIMS, and you can easily choose which SIM should be used for that. OS gives you liberty to choose which SIM is going to make calls, or send sms or use mobile network on. Although battery timings are good, on 3G it started to diminish more rapidly than I would have liked.

Well the audio quality over the headphones is horrendous. There’s no other word to put it. The headphones feel very cheap and quality is substandard. Feels like a cheap speaker of a single speaker radio. So if you like listening to tunes, you will be disappointed. I tried playing with the equalizer but didn’t matter much instead the sound got distorted. The headphones itself feel very uncomfortable. The phone buds started to hurt my ear just after 5 minutes of use.

But the voice quality of call is just too good. It simply is. I tried it on both Mobilink and Zong connections and on both the voice quality was superb. The signals don’t drop willy-nilly and the set didn’t feel like hurting my ear after prolonged use. The voice levels were excellent. I asked people on the other end if they could hear me fine multiple times and they assured me they are hearing me fine and clear. After using cheap regular phones for years one thing that actually matters to me is the voice quality of a phone. So full marks to Doogee there.

The 5” IPS one glass solution LCD is nice and bright. I really liked the screen. The colors were not very vivid and I personally liked that. I wouldn’t call the screen natural or neutral; it was slightly towards soft tone but feels really nice to look at. You don’t end up adjusting your eyes or screen again and again if you are into the habit of using your phone late in the bed. The touch is soft and responsive although I did feel the protective plastic sheet on the screen is slightly blocking the better experience. The fonts were crisp and browsing was easy on the eyes. I feel like resolution of 1280×720 is more than enough for this phone. In this price, you shouldn’t expect something incredible, anyway!

Camera is fairly simple. 8 MP at the back and 5 MP at the front. And you get a flash for the front camera as well. Although that’s more like a shiny dot than a flash but you can easily take some mug shots in the bed under the sheets to send and harass people in your whatsapp. Front camera is just bad. It takes blurry and dull photos no matter what you try. Maybe standing in direct sunlight can make it take better photos. The issue with the main camera I had was interface opened the way it wanted. If you open the camera with phone vertical the camera interface will be on left of the screen and won’t change back to right even if you rotate the phone to horizontal position. The interface was annoying to say the least. Video and still phone buttons are adjacent so if you have a gorilla paws like me, you will end up making a video most of the time than taking a photo. The phone is currently filled with tiny video clips. The quality of the photos was just okay, not great, but also not bad. You need to be very still to take the shots though. Slight hand movement and the photo comes out blurry. The camera software has an “auto capture when smile is detected” feature. The camera will take your photo when you show it your teeth. Kinda creepy but it works every time. I fell in love with the rear flash though. It sounds obnoxious but it’s true. Back flash light is pretty cool.

The software is limited. It doesn’t let you to customize as much as you want. That’s the whole point of Android, right?! In notification drawer, you are stuck with the way icons are placed. You can make your phone do a lot of gesture actions and they work most of time. You will get used to the quirks sooner or later. Software itself runs very smooth on the device. It’s quick and responsive. There were hardly any instances where I wanted to throw the phone at the wall. Phone didn’t hang or bogged down during my use. Everything was quick and snappy. Although they really need to find someone to write better English as instructions. Going through phone, I found a few examples of lazy instruction writings. One says ‘Silent the call by turn the phone’ and other says ‘Make a fast screen just by …’. So yeah that’s that! I am sure you can find more mistakes but these two were enough for me.

The 1.3 quad-core and 400 Mali GPU is more than enough for this phone. I loaded graphics filled webpages on the browser and it worked fine. The browser didn’t lag or hanged. Camera was slightly slow to my liking. It was quick to launch, but not quick to take photos. Even with the 1 GB RAM, the phone performed fairly well. The phone is quick, it’s simple as that. Opening different features and apps felt seamless. I didn’t try graphic intensive apps on the phone but your usual Candy Crush, Fruit Ninja and Subway Surfer worked fine. Task switching was also fairly quick, specially through normal features like from Whatsapp to music player to call logs to brower, etc.

Battery timings are bit confusing. Phones charges really quickly with the charger provided. Phone was 64% when I first turned it on out of the box. It hardly took 15 minutes to show 100% but I let it plugged in for extra half an hour just as a precaution. After half an hour of normal exploratory use, battery dropped to 91%. That was on Wednesday night, when I received the phone. On Friday, it was 61%. This includes occasional calls and SMS sending/receiving and 100% wifi connectivity.

Get this phone if you are looking for a new device for exactly Rs 9,499/-For this price I think it is a great device. The battery timing is good and voice quality is really good. It does all the basic function of a smartphone you usually need other than regular phone stuff like calls and sms. Your 3G connectivity on both SIMS, your emails, Whatsapp, browsing, few light mobile games and some more, NOVA Y100 does all of that without a glitch or a lag. I think in this price bracket this is a really good phone. It’s light weight, fast and looks nice. Works smoothly and even with few random English mistakes, the phone is definitely worth the price.

You can buy the phone from Bytes.pk. Here is the link to it. 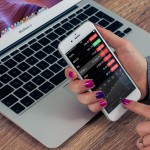