Russia is going to lose its most prominent tech company, Yandex-often referred to as “Russia’s Google”, and wants to stop all its businesses with Russia due to the aggressive approach of the country on the war in Ukraine. This is probably a  big potential setback to President Vladimir V. Putin’s efforts to develop homegrown substitutes for high-tech Western goods and services that have been choked off by sanctions.

The Dutch holding company of Russia’s Google will not establish any more infrastructure in the Russian market and would transfer its most promising new technologies to markets outside Russia and would sell its established businesses in the country, including a popular internet browser and food delivery and taxi-hailing apps, according to two people familiar with the matter would not speak publicly because of the sensitivity of the discussions. The company’s plan aims to shield itself from its home market and highlights the stifling impact of Western sanctions on Russia’s once-thriving technology sector.

Before the war in Ukraine, Russia’s Google was making huge development in the Russian market, such as self-driving cars, machine learning, and cloud services, unviable. Such businesses, which require access to Western markets, experts, and technology, would fail if they remain associated with Russia, one of them added. Yandex’s Russian subsidiary would continue offering the same products in the country under the new owners, said the second person familiar with the matter.

The Russian government is trying to stop Yandex’s plan and negotiate some kind of deal to stop Yandex’s plan from going forward. The company must obtain the Kremlin’s approval to transfer Russian-registered technology licenses outside the country, one of the people said. It would also need to find buyers, most likely within Russia, for its businesses, and the overall restructuring plan would need to be approved by Yandex’s shareholders.

Yandex’s plan is backed by Aleksei Kudrin, Russia’s chief government auditor and a longtime confidant of Mr. Putin. Mr. Kudrin, one of the few prominent economic liberals left in the Russian government, is acting for the company informally but is expected to take a managerial role in the future.

Mr. Kudrin is expected to meet Mr. Putin this week to discuss Yandex’s future and other topics said one of the people familiar with the matter. The Kremlin’s spokesman, Dmitri S. Peskov, said on Thursday that he had no information about such a meeting.

Yandex declined to comment. Russia’s Audit Chamber, Mr. Kudrin’s employer, did not respond to a request for comment. The company’s restructuring plan was first reported by the Russian economic media outlet The Bell.

All of the West has put all efforts to isolate Russia economically and technically after its invasion of Ukraine has devastated the once-thriving company. The price of Yandex’s shares traded in Moscow has plunged 62 percent in the past year. The company’s New York-listed shares lost more than $20 billion in value before the Nasdaq stock exchange suspended their trading after Russia’s invasion of Ukraine in February.

More than 18,000  Yandex’s employees have left Russia since the start of the invasion. In March, the company’s deputy chief executive at the time, Tigran Khudaverdyan, defied the Kremlin line by calling it a “monstrous war” in a Facebook post. To distance itself from the war’s political fallout, Yandex in August sold its online news aggregator, which had become filled with state propaganda because of increasingly draconian Russian media laws that bar criticism of the war.

The European Union imposed sanctions against Mr. Khudaverdyan in March for Yandex’s role in promoting the Kremlin’s war narrative. His boss, the company’s Israel-based founder, Arkady Volozh, was hit with sanctions by the bloc several months later. Both resigned from the company to allow it to continue operating in Europe. 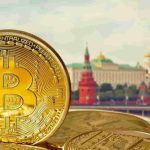