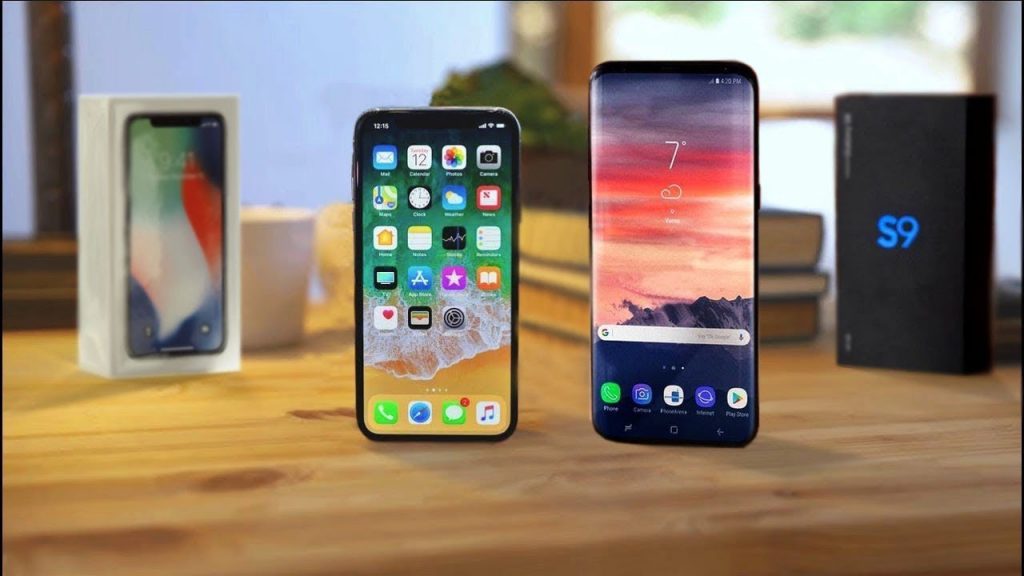 Finally, the wait is over. There would be no more leaks, no more guesses as Samsung has officially unveiled its latest smartphone, the highly anticipated Galaxy S9. It is no surprise that it is currently one of the most high-end smartphones in the world. But the real question is, does the Galaxy S9 rule over its most rival company Apple’s latest flagship – iPhone X? For that, we have done the comparison of both the devices. So, let’s see which flagship is better overall.

Looks-wise, Samsung Galaxy S9 isn’t very different to its predecessor, Galaxy S8. It has a familiar glass back, a polished aluminum frame and a curvy screen. There are small bezels at the top and bottom of the display but on the sides, there are zero bezels. The Bixby button is also there just like before. Nonetheless, the design still looks great.

On the other side, iPhone X design was very innovative and unlike any of the previous iPhone’s. The home button was removed and most of the UI was gesture-based. The bezels are also less than Galaxy S9 but there is a notch at the top of the display which is in fact quite noticeable. The build quality of iPhone X also looks a bit more premium because of its polished stainless steel.

But not to forget, iPhone X has no room for the headphone jack. So, if you haven’t adapted to the wireless headphones, you might want to go with the Galaxy S9, as it does include a headphone port.
However, the design aspect is a matter of preference of the user. Different people would have different style choices. So, one can’t say that one design is altogether better than the other. 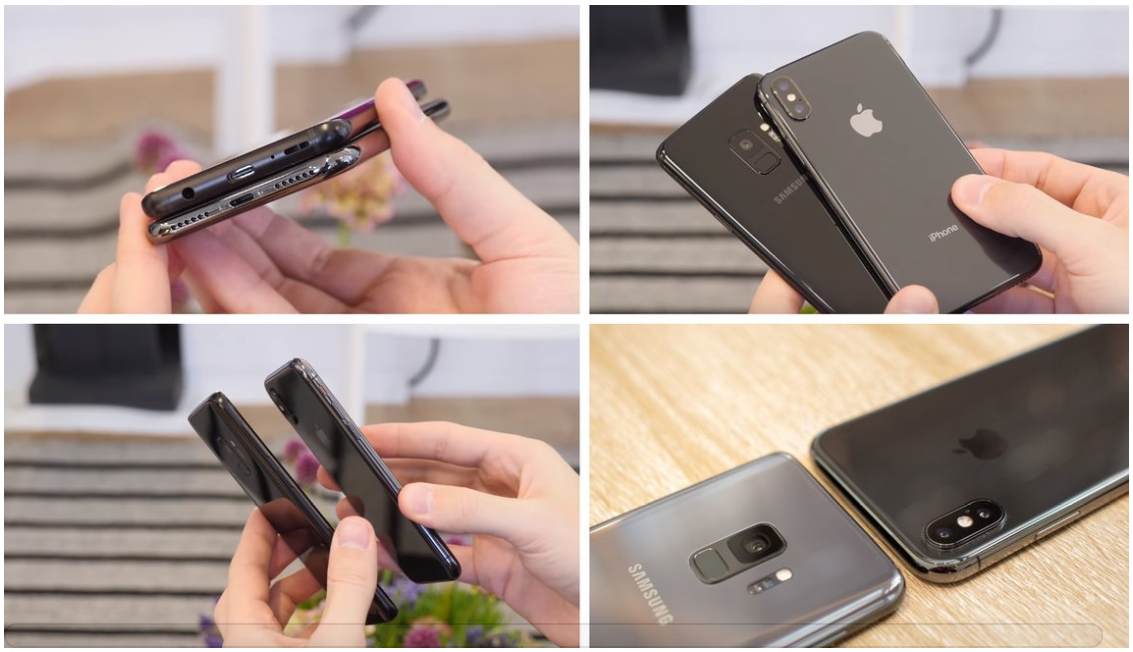 Via Android Central and Phone Arena 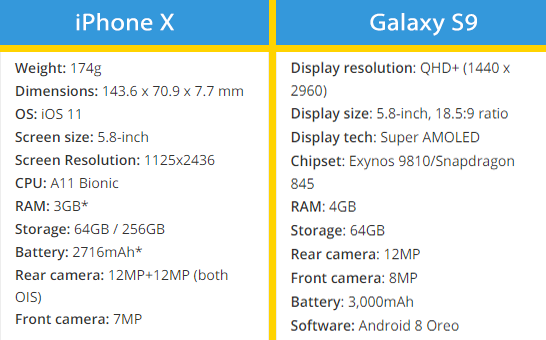 The Samsung Galaxy S9 comes with 4GB of RAM, while S9+ has 6GB of RAM. The chipset is an octa-core either of Exynos 9810 or of the Snapdragon 845. The device has 64GB built-in memory but it features a microSD card slot. The battery is the same as of the previous Galaxy S8, 3000mAh but it is still more than iPhone X’s 2716mAh. Both the devices support wireless and fast charging.

While the iPhone X has 3GB of RAM, it’s chipset of A11 Bionic is quite powerful to make its performance better than the Snapdragon 845. However, as of yet, it is unknown that how much difference there would be in the performance and which one would actually perform better in practice. Moreover, iPhone buyers have two choices in terms of storage, 64GB or 256GB, as it doesn’t come with a microSD card slot.

For the OS, Galaxy S9 will run Android Oreo, while iPhone X has the iOS 11. Both the systems are indeed very polished and well optimized. 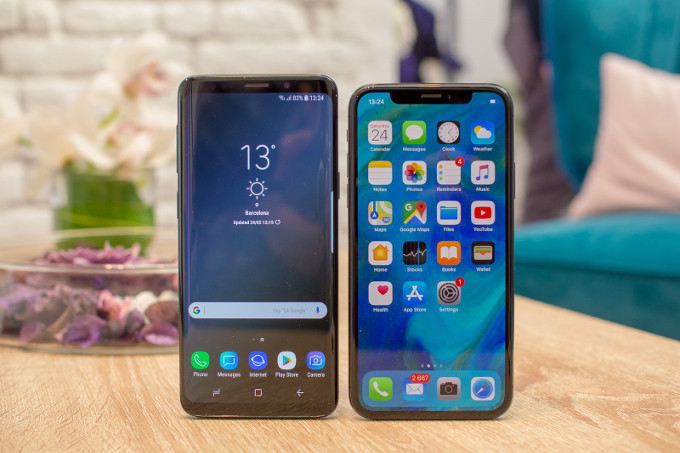 Also, the screen in Galaxy S9 is slightly curved while the iPhone X’s display is just flat. Galaxy S9 provides more vibrant colors but iPhone X gives a natural look. The brightness levels and viewing angles are reportedly somewhat similar. But with the passage of time, more details would catch on.

The S9 sports a 12MP rear camera, while S9+ features dual-lens on its back. In S9 users can switch between two apertures, f/2.4 for daylight shots and f/1.5 for low light images. The latter is the highest aperture on a smartphone up till now. For the front camera, it is 8MP with f/1.6 aperture and is capable of recording QHD video.

Meanwhile, iPhone X has a dual-lens 12MP camera on its rear, one with f/1.8 aperture and another one with f/2.4. Note that, it is also good for low light shots but as much as the Galaxy S9 with its better variable aperture. Furthermore, the front cam is 7MP with f/2.2 lens and can record a maximum of 1080p video – less than S9. Interestingly, iPhone X adds ‘portrait mode’ to its camera, allowing studio like portrait captures without a studio.

Currently, there are very few sample photos of Galaxy S9 so it will be hard to judge which one is better in regard to the image quality. 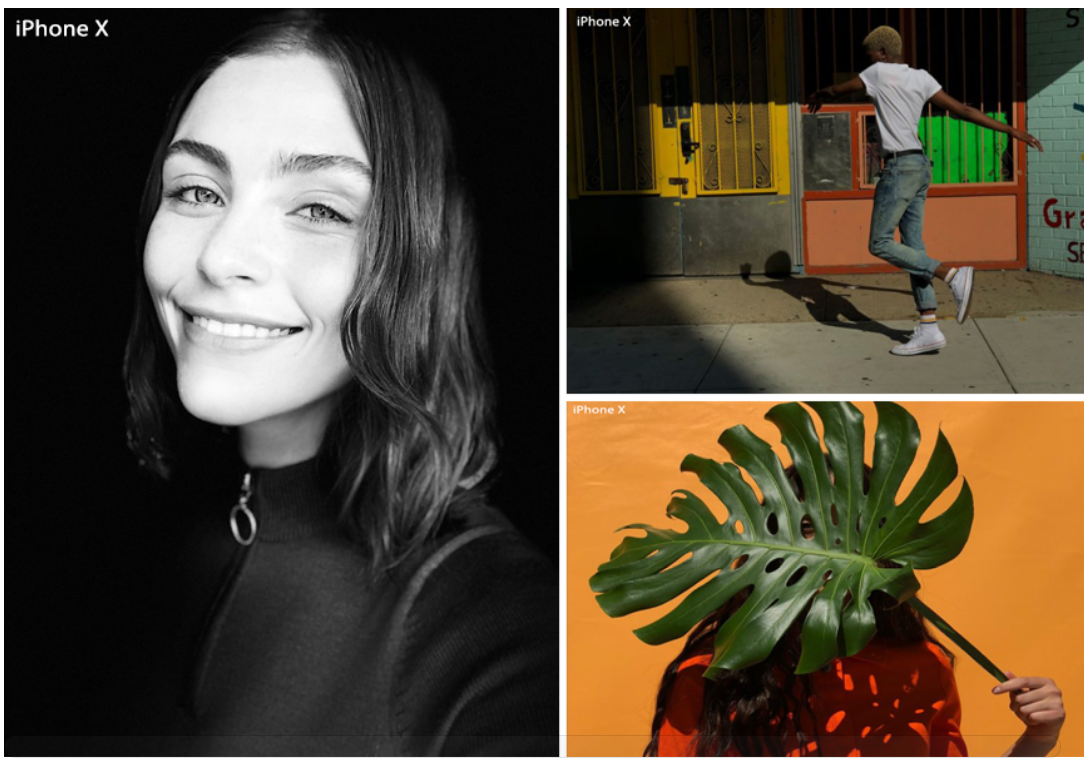 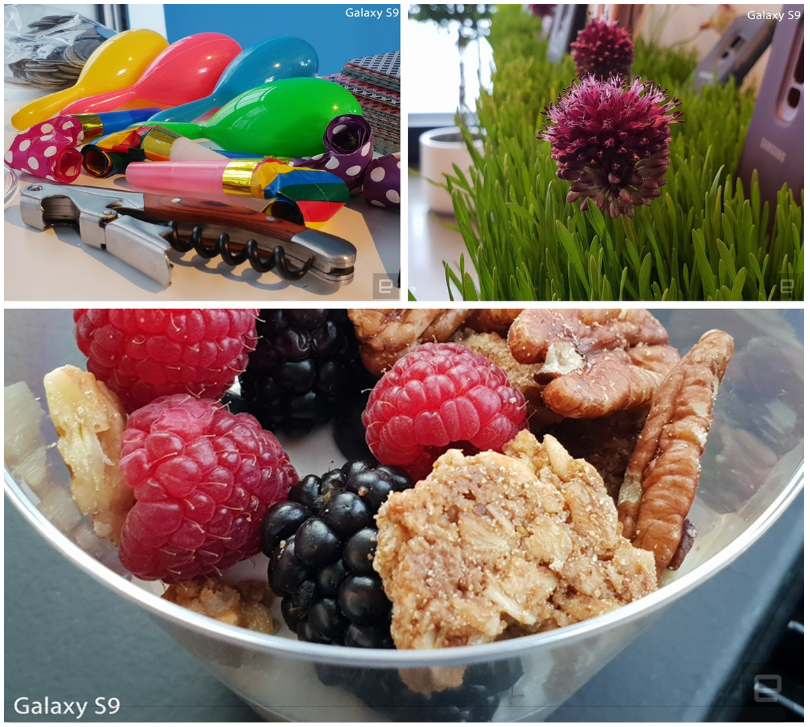 Lastly, Galaxy S9 features almost everything that iPhone X currently boasts off like fast and wireless charging, stereo speakers, face unlock, water resistance and VR support. However, S9 has some additional features such as a headphone port, MicroSD support, fingerprint scanner, live text translation and DeX Pad – turning the smartphone into a computer.

iPhone X introduced us with Animoji, now, Galaxy S9 reveals a better version incorporating the Augmented Reality technology, named AR Emoji. In which, one can convert oneself to an Animoji. 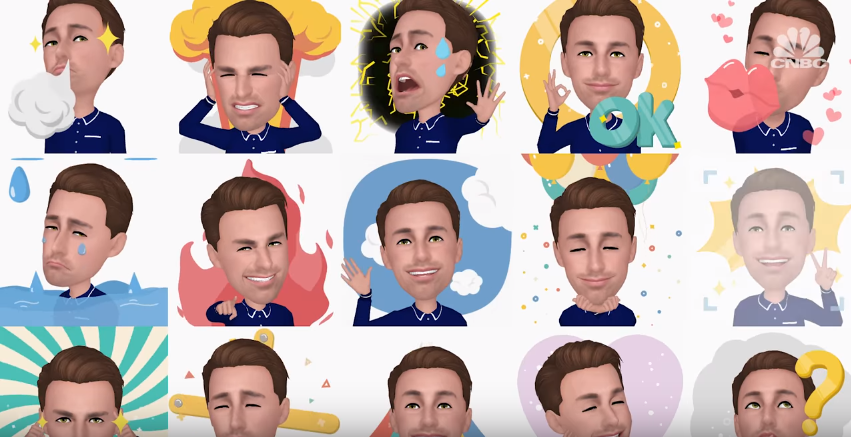 Surprisingly, Galaxy S9 is available to buy for $720 and S9+ for $840, directly from Samsung. From the carriers, the prices are a bit while including the installments.

Even though iPhone X seems to be a bit better in performance, Galaxy S9 beats it in almost every other aspect. It has better camera specs, more features, higher resolution display and most importantly, all for almost $200 less price than the iPhone X. So Samsung Galaxy S9 would be the winner, here.

However, it is entirely up to you that what is your end preference and the ultimate brand choice. As, both the devices are impressively up to the mark.

Let us know your answer down in the comments. iPhone X or Galaxy S9?
For more on Samsung Galaxy S9 and smartphones in general, keep following TechJuice. 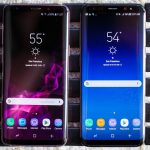