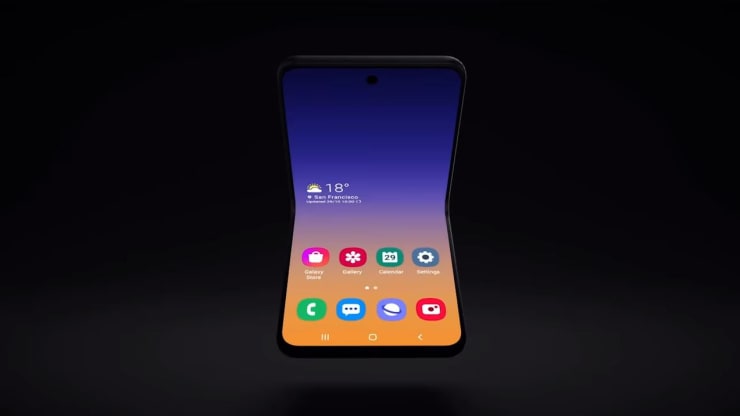 After a bad experience with Galaxy Fold design, Samsung has unveiled a foldable phone with a new design. Samsung’s latest foldable phone design is very much similar to Motorola Razr.

Samsung showed a teaser of the new phone at the Samsung Developer Conference 2019 in the United States. While addressing the audience, head of Framework R&D Group at Samsung’s mobile communications Sally Hysoon Jeong said: “The amazing thing with the foldable technology is that it can also become more compact like this.”

Samsung has not given any name to this new concept, the design is very much like Motorola’s flip designs that allow the touch display to fold in half. From the teaser, we can see that the phone will have a hole-punch display.

The fault in the display of Galaxy Fold caused the company huge damage and the other foldable phones like Huawei’s Mate X defeated Samsung in the market. Therefore Samsung is trying to make a comeback with the new design to steal the foldable phone market in the future.

Samsung has not revealed anything else about the phone, nothing about specifications or the release date has been shared with the public yet. Sally Jeong said, “This brand new form factor we are now exploring not only easily fits in your pocket but it also changes the way you use the phone.”

About the future plans, Samsung said, “While we can’t comment on future products, Samsung is committed to pioneering the foldable category, including investing in the development of new form factors.”