Spin It is the new Pakistani iOS Game in Town

Made to impress, Spin It, the new cool matching game is now live on iOS App Store. It is simple, fun and if you have what it takes to solve deceptively easy puzzles, almost addictive. Apart from its uncomplicated game strategy, Spin It is a step in forward direction where developers are beginning to focus on simpler games which are clutter-free and pleasing to the eye. The recent success of Flappy Bird has led many to rethink extremely difficult and complicated game strategies as many now feels that the audience’s attention can also be captured using relatively easier techniques provided they are witty enough. Spin It combines the ease of playing with some cool, flat design graphics that look great.

Spin It is Easy Enough to Play

Remember those laborious levels of Candy Crush where you had to devise intelligent methods to to bring down the all powerful candy? Well, Spin It is similar and it depends on your attention to detail. Featuring a four tier wheel with color blocks, Spin It asks the users to match three or 4 color bits to score but there is a catch: the colors flip quickly. You barely bring the same colors together when the colors flip and the matching is gone, taking your score with it. The interesting thing about Spin It is that it tests whether you can visually put together similar images in a rather short amount of time or not.

The game includes feature which allow you to incorporate your existing social media circle in the game. You can brag about your scores on Facebook or challenge your friend to do better. There are also global ranking boards where you can see your position in the charts. Thus you can compete with people all over the world and show off your gaming skills!

This game doesn’t feature heavy graphics. Instead it uses the Flat design and basic colors to bring to life a simple user interface. The options are limited, preventing cluttering. The wheel itself dominates your game screen with simple bonus meters on top and a score counter below. It loads fast and runs smoothly. 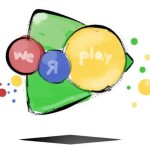 Spin It is the latest product from WeRPlay, a Pakistani Game Development company that has many amazing games to its name. Most of their games feature mind-blowing graphics and complex strategy but this one is completely different, showing that the company isn’t afraid of venturing into new areas. While the attempt is to be appreciated, Spin It is still no Flappy Bird. Indeed, the pressure to be the next internationally addictive game increases with each game release. There is no telling what will take the world by storm. From levels of Temple Run to those of Candy Crush to simple scores of Flappy Bird, if anything can be taken as an indicator, it is that trends in viral gaming are largely unpredictable. However, Spin It is a good attempt and we hope it is received well in the App Store. The change in game strategy can help WeRPlay learn more about its audience and gather valuable data about gamers’ preferences. Who knows, the next viral game may be made by a Pakistani Developer… 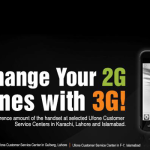