The battle of the Android flagships 2016: Samsung Galaxy S7 vs. Xiaomi Mi 5 vs. LG G5 vs. Sony Xperia X Performance 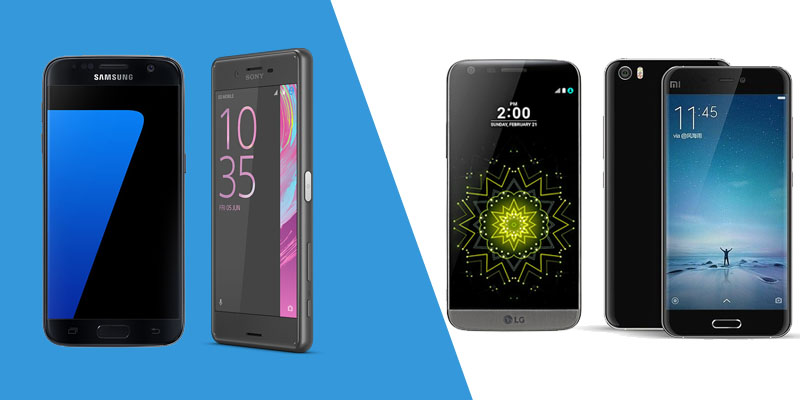 MWC 2016 kicked off on the 27th February 2016 and it left us with an amazing set of smartphones on 2nd March. As with the Mobile World Congresses in recent years, this year we saw the announcement of the latest flagships – the Galaxy S7, the Xiaomi Mi 5, the LG G5, and the Sony Xperia X Performance. Now is the time for the previews of these flagships to find out who wins the intense battle of the flagships this year. The areas that we will be covering as a part of this preview are design, display and build quality, performance, availability, and pricing. 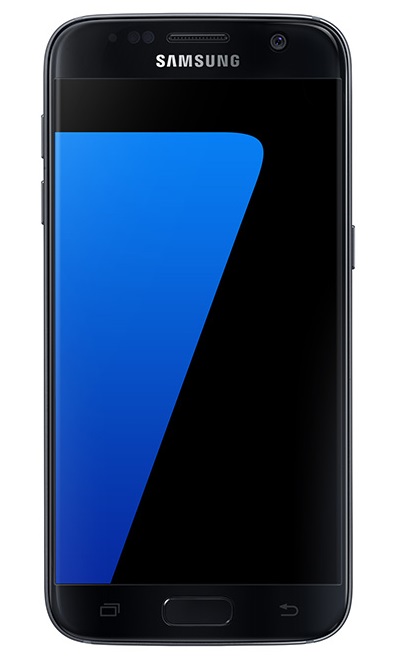 The Samsung Galaxy S7 is almost identical to the Galaxy S6 except that the rounded edges are slightly more rounder in this edition of the Galaxy S. All in all, the Galaxy S7 feels sublime in the hands with a curved glass and metal body. The only real problem with the S7 is that it gets smudged with fingerprints very easily. 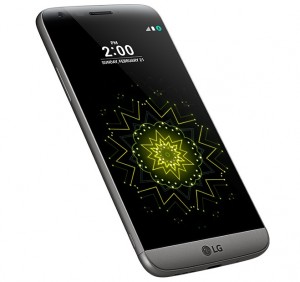 The LG G5 brings together innovation and modularity in its design. Departing from the designs featured in the previous G’s, the LG G5 has an aluminum uni-body with a swappable bottom panel. The design looks refreshing and appealing from a distance but the body does not feel as premium when compared to the other flagships but the phone did win over a lot of Android fans and critics due to the modular factor. 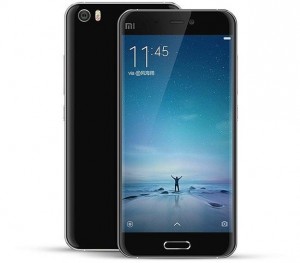 With the Xiaomi Mi 5, the first ever MWC of the Chinese company Xiaomi went quite brilliantly. The Mi 5 stood tall and proud against the well-established flagships during the MWC. The Xiaomi Mi 5 has the premium touch and feel of a high-end device. The Mi 5 features a glass and metal body available in the colors black, white, and gold. The back of the Xiaomi Mi 5 has a 3D glass panel that feels great in the hands. There is also a Mi 5 ‘Pro’ edition (available with the 128 GB storage option) that features a ceramic back that has higher resistance to damage and provides a more premium feel to it. 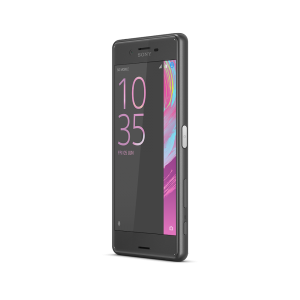 Winner: A tie between the Samsung Galaxy S7 and the Sony Xperia X Performance with the LG G5 and Xiaomi Mi 5 lacking behind in IP68 certification.

The Samsung Galaxy S7 and LG G5 take the lead in this area. Both of them feature a Quad HD Always-On display that stays awake even when idle. 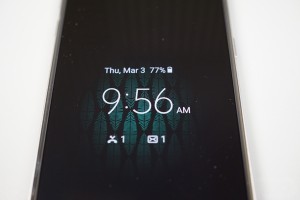 The Always On display allows the user to check the time and notifications without having to wake up the screen.

The Samsung Galaxy S7 has a Super AMOLED 5.1” display with a 1440 x 2560 pixel resolution. The best feature of the AMOLED screen is that it is one of the brightest screens around that is also very power efficient. Protection on the S7’s screen is the latest Corning Gorilla Glass 4 (front and back) which makes the phone scratch-proof and shatter-proof. The Samsung Galaxy S7 is also IP68 certified which means that it is also dust and water proof. One key feature of the S7’s display is the Always On feature that, as Samsung claims, only consumes 1% of the battery per hour.

The LG G5 has a quantum Quad HD 5.3” IPS display that has a resolution of 1440 x 2560 pixels. Though LG claims that this display is better than the others, it still consumes more power than the AMOLED screen on the Samsung Galaxy S7 which eventually leads to poor battery time. The LG G5 also has the Corning Gorilla Glass 4 but unlike the Galaxy S7 it lacks an IP68 certification. The LG G5 also features the Always On display and LG claims that it will only 0.8% of the battery per hour (but this is doubtful considering that the G5 features a IPS LCD). A small caveat in the LG G5’s display is that it is less sensitive to pressure than most other screens in this range.

The display on the Xiaomi Mi 5 is a Full HD 5.15” IPS display with a resolution of 1080 x 1920 pixels. Xiaomi did not announce any protection or dust-proof/water-proof features of the Mi 5 and it is now official that the device is neither IP68 certified nor does it have the Corning Gorilla Glass protection which is a bummer considering how well the Mi 5 has done in all the other areas. The FHD screen also rates below the QHD displays on the S7 and the G5. However, Xiaomi still claims that the screen will be sharper and brighter than the rest with an expected brightness level of 600 nits.

Finally, the Xperia X Performance also features a Full HD 5.0” IPS display and a resolution of 1080 x 1920 pixels. This is accompanied with the Sony trademark triluminos display and X-Reality Engine. The display also features a scratch-resistant glass and oleophobic coating that makes the screen less prone to fingerprint smudges. The Xperia X is also one of the two flagships that is IP68 certified which makes it dust-proof and water-resistant to up to 1.5 meters for 30 minutes. Overall, the display on the Xperia X Performance is impressive but it is not as sharp nor as vibrant as the display on the Galaxy S7 or the LG G5.

Winner: The Samsung Galaxy S7 with a Super AMOLED QHD Always On display.

All four of the flagships feature the latest and most powerful Snapdragon 820 chipset and the Adreno 530 GPU. 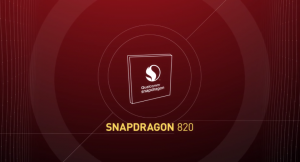 The Qualcomm Snapdragon 820 is the most advanced and the most powerful process yet.

The Samsung Galaxy S7 comes with a duo of a Dual-core 2.15 GHz Kryo and a Dual-core 1.6 GHz Kryo. The flagship will also be available with an Exynos 8890 Octa chipset that comes with a Quad-core 2.6 GHz Mangoose and a Quad-core 1.6 GHz Cortex-A53. It will also features 4 GB RAM with 32 or 64 GB of internal storage. One addition to the S7 that has been warmly welcomed by all Android fans is the addition of the expandable microSD card slot.

The LG G5 will feature with the same chipset and same quad-core (duo dual-core) processor as the Xperia X Performance and the Samsung Galaxy S7. The G5 enters the arena with an internal storage of 32 GB, a RAM of 4 GB, and an expandable mircoSD card slot.

The Xiaomi Mi 5 comes with a somewhat trimmed duo of a Dual-core 1.8 GHz Kryo and Dual-core 1.6 GHz Kryo. The internal storage options available for the Mi 5 are 32, 64, and 128 GB (only for the pro version). Similarly, the RAM comes in the form of 3 GB (for standard editions) or 4 GB (only for the pro version). Sadly, there is no expandable memory option in the Mi 5 which is a major con for the flagship.

Winner: Tie. However, some would believe that the Galaxy S7 has a slight edge over the other flagships on paper but we will have to wait for the benchmarks to come out to confirm this.

This is perhaps the toughest of all the areas to judge these smartphones on. The reason is that each of these flagships has worked long and hard to improve, and almost perfect, the camera performance. 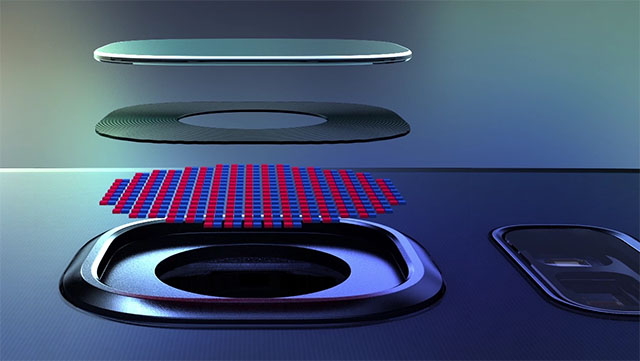 The primary focus of the companies was to develop cameras that could take clearer, sharper images in lesser amount of time.

The LG G5 adds a bit of innovation to this area with a dual-shooter in the back. A 16 MP, f/1.8 and a 8 MP, f/2.4 wide-angle shooter. The additional 8 MP camera enables the G5 to take wider angles (up to 135 degrees) into consideration when taking a picture. Both the back cameras may be used together (for layered photos) or independently. Meanwhile, the front camera is an 8 MP, f/2.0 shooter which is perfect for self-shots and the wide-angle group selfies.

The 16 MP, f/2.0 Sony camera installed on the Xiaomi Mi 5 makes use of Sony’s 4-axis optical image stabilization to improve focus and sharpness in images. Xiaomi claims that the camera on the Mi 5 will produce better images than the other cameras with 2-axis OIS.

The Sony Xperia X Performance has a 23 MP with a f/2.0, 24 mm back camera with a 13 MP f/2.0 , 22 mm front camera. The front camera sees a large improvement in resolution while the back camera implements the new predictive hybrid technology that can instantly focus on any still or moving object. This ensures clarity and sharpness in all photographs taken through this wonderful 23 MP camera.

Winner: On paper, the Galaxy S7 with the dual-pixel focus and the Xperia X Performance with the hybrid technology win this battle.

The Samsung S7, the LG G5, and the Xperia X Performance are all priced around the 700 Euro mark (which means they are expected to be in the 70 – 80K range in Pakistan). The availability of these phones is no real issue in Pakistan and we’ll be seeing them in the markets and on the online stores in a week or two at most. In fact, the preorders for the S7 edge and S7 are already online on some online stores such as ishopping and homeshopping.

The Xiaomi Mi 5, on the other hand, really leaves no cards unturned with a base price of only 450 Euros (which is expected to be in the 50 – 60K bracket in Pakistan). However, the availability of the Mi 5 is still an issue, as was the case with its predecessors. It is highly likely that the Mi 5 will be short in production and high in demand leading to unavailability in most regions (especially in Pakistan). So, be sure to grab one early if you’re looking to purchase this flagship. 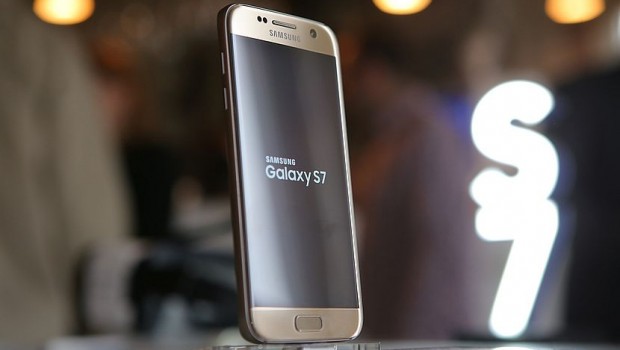 Nothing can be said for sure about the flagships except for the fact that the companies have really outdone themselves this year. The Snapdragon 820s and the Adreno 530s combined with the premium build quality and the FHD and QHD displays just highlight some of the major steps that have been taken this year by the four leading smartphone giants.

Without the benchmarks and the rigorous testing procedures, it is difficult to draw up a valid conclusion about the smartphones but on paper, it looks like the Samsung Galaxy S7 will dominate the flagship arena again. Though the processing power and the GPUs are likely to perform equally for all these devices, what really sets apart the Galaxy S7 is the incredibly premium build quality, the brilliant QHD Always On display, and the dual-pixel camera technology.

The Samsung Galaxy S7 continues the legacy and remains the best on paper. Will it turn out to be as good on the field though? We will be reviewing one and sharing our impressions with you all, very soon! 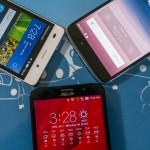