This EU country has launched tech visa for start-ups

In a bid to lure international tech startups to come to France, the new President-elect has launched a visa for IT and technology-related startups. Before the general elections, while carrying out his election campaigns, President of France Emmanuel Macron promised that he will make France a hub of technological and digital advancement.

Moreover, at the event, while talking to CNBC, Macron said, “I want France to attract new entrepreneurs, new researchers, and be the nation for innovation and start-ups”.

The new visa policy will allow tech-startups to get visa of France with ease, the government has termed this visa policy as “talent passport”, it is somewhat same as American H-1B visa policy where an individual with a unique talent can get an American visa.

Not only tech-startups but investors and employees can also avail this offer. Furthermore, the permit visa to work in France will be valid for four years and can be extended as per rules and regulations.

Recently the tech investment in France has grown significantly, it was $1 billion in 2014 and it grows to $2.4 billion at the end of 2016 and has also shown significant growth in 2017.

While talking to the Viva tech conference in Paris, the President said, “I will ensure that we create a most attractive and creative environment, I will ensure that the state and government act as a platform and not a constraint”.

Apart from France, Dubai has also started to make itself a technological advance country. Recently the Government of Dubai has launched a new app named as Smart UAE Wallet for its residents, which will allow the citizens to use their smartphones as passports. 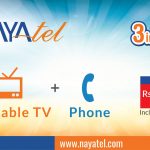