This Pakistani Startup, NetPura, Gets the Crowd Behind You!

The possibilities that Social Media represents are huge and while the world understood it a while back, Pakistan has only just begun to realize the power of Facebook and Twitter. From politicians flocking to join to Social Media to people who have emerged as celebrities with massive follower count just because of their social media outreach, one thing is clear: social media matters. The startup under review today intends to use the the force of social media to run successful campaigns so that the message can reach out to the maximum number of people. NetPura is the first of its kind startup in Pakistan.

The Idea
NetPura intends to use your social channels to spread word more effectively on social media. The website is currently offering campaigns, both free and premium ones which can serve as your main voice which you can use to reach out to people. The campaigner comes up with a short, effective message reflecting the essence of the cause (under 140 characters), explains the objective in detail using NetPura and decides the number of people he/she needs to support the campaign on the due date. This then becomes the goal of the project. The next step is to rally your family, friends and supporters under the banner of NetPura so that they pledge support through social media. For example if I support your campaign through Facebook, I am allowing you to post using my Facebook Account. The campaign then culminates on a certain date and time, where the main message is broadcast to all the social media sites only if the number of people given in the goal have pledged to help. This way the message can reach a maximum number of people.

There is a definitive advantage to the arrangement. As a campaigner you get the necessary time to rally your supporters, instead of waiting till the main day and asking people to tweet/post about your cause. Before the main event, you can have a very good estimate of the number of people supporting your cause and then gauge the success of your campaign. In return, NetPura gets people to sign up for their service, manages to spread word about their startup through your social channels (only if the campaign goal is reached) and attracts potential users. It’s a win win!

While the idea is good, it isn’t new. Similar efforts have been done internationally from sites that allow you to support causes to others that measure your social outreach but since the startup is only focusing towards Pakistani campaigns where similar facilities are not available, there is no reason why this can’t work.

The Layout
NetPura is only just starting out. In fact the launch date is 14th August this year and the site launch is being done through the platform itself to demonstrate the whole process to the users but there are still a few ingredients that are missing. Given that the website is going to be the main thing, there is a need to polish things up. Sure, the information is all there but it needs to be organized in a better way. The Getting Started kit, for example, is buried in the links of the main NetPura Campaign. Listing things down in a more user friendly way would help, so would an inforgraphic instead of paragraphs. The startup could also do with more examples so that they can demonstrate at least half a dozen objectives from different walks of life in which the platform can be used. The NetPura campaign is a good example but there is a need for more so that people can relate and sign up for the service. The color theme are currently little loud and since we are talking about themes, the website would do a lot better with more consistency in terms of colors, font and backgrounds.

Potential
As indicated above, the idea definitely has potential but NetPura is currently only available on the web. In the very near future, the startup will have to expand to mobile apps if they wish to see their users grow, simply because in today’s age, smartphones are more convenient and more widely used. NetPura also aims to get marketing firms on board so that they can use the platform in their marketing campaigns.

NetPura is a good Beta Launch but right now, with virtually no campaigns being actively run, there is little that can be said about the Startup. It could take off and users could love it or it could go unnoticed like many other startups that had great ideas. Things will begin to get clearer after the launch, but till then do check out NetPura and support the campaign! 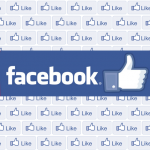