Wi-tribe has announced a $15 million contract and strategic partnership with Huawei of China for advanced up-gradation of LTE.

This contract is a part of $50 million investment program of wi-tribe. ProPakistani reported that the upgraded version of LTE is also billed as 4.5G and that wi-tribe has already signed Huawei to deploy it in at least five cities. It will be capable of delivering speeds of up to 100Mbps per household within the next few months which will be raised to 200Mbps per household by the end of 2018 and 400Mbps by 2019.

“We are excited to formally announce that after taking a number of key strategic initiatives in recent months such as the $multi-million spectrum upgrade in August, we have now agreed a $15 million contract and long term strategic partnership with Huawei of China. This investment and partnership will secure Wi-tribe’s future as the leader in Pakistan’s fast changing fixed internet and technology market for the next 5+ years.”

In a saturated market of broadband services, wi-tribe wants to be the game changer and leader of this industry. It aims to deliver the fastest LTE services. The LTE equipment will be imported from Hong Kong.

“It is also great news for Pakistan because our LTE Advanced upgrade investment is not only the first of its type in Pakistan, but also the first 3.5 GHz deployment in South Asia and the Middle East. Hence, we can truly say that for the first time in our history we are today technology pioneers not just in Pakistan but also across a whole region – a fact that should make us all feel proud to be part of the Wi-tribe family.

They expect LTE-A, A for Advanced, to be fully operational by June 2017. They intend to offer competitive packages with unparalleled technology, speed and reliability and best customer support.

Wi-tribe is an internet service and payment solution provider of Pakistan which operates in Islamabad, Rawalpindi, Lahore, Karachi and Faisalabad. 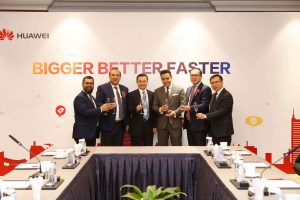 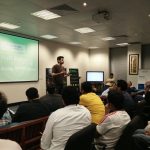 Startup Weekend Lahore is back and registrations are open