Xiaomi is not making any profit from its smartphone business. It looks to make money from recurring service revenue model which is facilitated by the sale of those smartphone devices.

Xiaomi is one of the biggest manufacturers in China, a country with more than a billion residents. It has also been making roads in different parts of Asia and Europe. So it will come as a huge surprise to many that Xiaomi makes next to no money from the sale of all those smartphones.

While giving an interview to Reuters, Xiaomi global VP, and former Android VP Hugo Barra said that they were essentially giving away all their smartphones without making any money. He went on to say that Xiaomi could sell 10 billion smartphones and still wouldn’t be able to make any profit.

While it may seem like a warning sign to many, Xiaomi is apparently not worried about this fact. According to Barra, Xiaomi earns most of its revenue from providing services to its smartphone users. It is also focusing increasingly on other categories, including smart home device sales, and, as suggested by Barra, revenue driven by software and services.

Although Xiaomi doesn’t seem to be in any immediate peril, declining smartphone sales and increasing competition in the phone market means that Xiaomi’s margin of error is narrowing. Xiaomi hopes that it will be able to sway all of these dark clouds once it reveals its newest product at CES this year. It remains to be seen how that product will fit in Xiaomi’s business strategy. 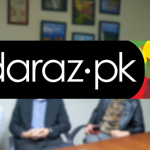