American Aircraft Company Makes an Ultra-High-Speed Jet With a Quiet Low-Emission Engine That Can Hit 1,300MPH Boom Supersonic, the famous American Aircraft manufacturer and maker of the famous Passenger Airline Mach 1.7, claims that it has found a solution for its Overture jet with a new engine called Symphony. These are more goals than current realities since it will be a clean-sheet design and five years before the Symphony-powered Overture makes its first test flight. On Tuesday, the Denver-based startup announced its future Overture jet would be powered by Symphony, the new Boom-led propulsion system that will be “designed and optimized” for the plane.

Boom Supersonic will partner with three entities to bring the engine to life, including Florida Turbine Technologies, which is a part of Kratos Defense & Security Solutions, to assist with the design. The planemaker has also tapped StandardAero for maintenance, and General Electric subsidiary GE Additive for consulting on metal additive manufacturing, which is also known as 3D printing. Boom’s founder and CEO Blake Scholl said:

“Through the Symphony program, we can provide our customers with an economically and environmentally sustainable supersonic airplane—a combination unattainable with the current constraints of derivative engines and industry norms,”

The CEO publicly announced that Florida Turbine Technologies, GE Additive, and StandardAero were all named partners on the Symphony project. Company President Stacey Rock did a press release in which she said

“The team at FTT has a decades-long history of developing innovative, high-performance propulsion solutions. We are proud to team with Boom and its Symphony partners and look forward to developing the first bespoke engine for sustainable, economical supersonic flight.”

The engine is designed to operate on 100% sustainable aviation fuel, the new medium-bypass turbofan will net 0% carbon emission, feature 35,000 pounds of takeoff thrust, have low-weight materials, and reduce overall operating costs by 10% compared to other supersonic engines.

Florida Turbine Technologies will lead the engine design. Its team will include engineers responsible for developing the F-119 and F-135 supersonic engines in the US Air Force’s F-22 and F-35 fighter jets. GE Additive will design engine components that are lighter and will allow for faster build times.

Symphony will be a medium-bypass turbofan engine with the same engine architecture powering modern commercial aircraft. But the new engine will have an axisymmetric supersonic intake, a variable-geometry low-noise exhaust nozzle, and a passively cooled high-pressure turbine.

Boom is the only supersonic aircraft builder in the market, with competitor Aerion having shuttered its business last year. The Colorado-based firm has plugged steadily along since Scholl founded it in 2014. It currently has an ongoing test program of the supersonic demonstrator XB-1 in California, with flight tests expected early next year. The company said earlier this year it expects to break ground on a new campus in Greensboro by the end of this year.

“United and Boom share a passion for making the world dramatically more accessible through sustainable supersonic travel. The team at Boom understands what we need to create a compelling experience for our passengers, and we are looking forward to a United supersonic fleet powered by Symphony.” 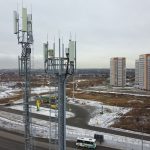