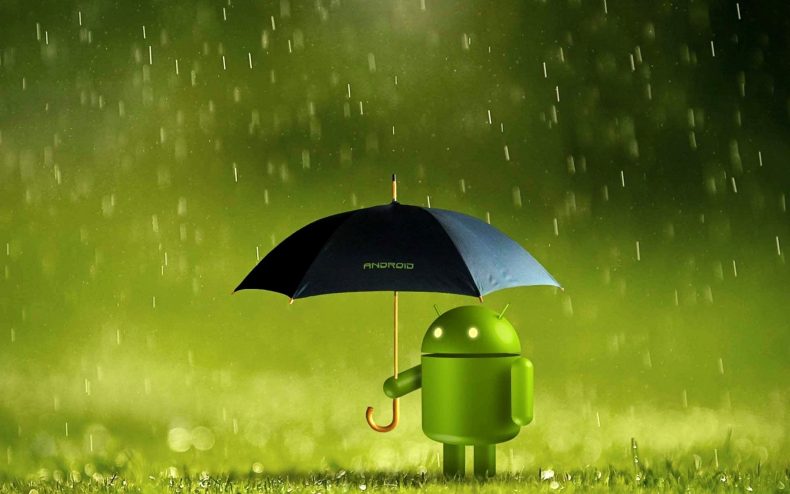 Operated by MITRE Corporation, CVE provides information and statistics of publicly known susceptibilities in cyber security. CVE releases a list every year since 2002 and Mac OS has been the most vulnerable OS and Microsoft the most vulnerable vendor, till date.

Top 50 Products by Total Number of Distinct Vulnerabilities in 2016

Android OS topped the list of ‘Top 50 Products by Total Number of Distinct Vulnerabilities in 2016’, with 523 vulnerabilities encountered in 2016. Android OS used to have only a few number of liabilities before 2015. There were 125 exposures in 2015. 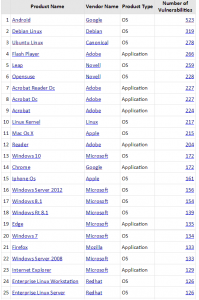 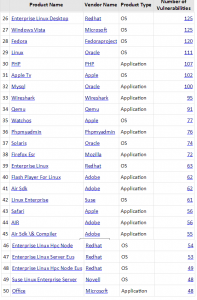 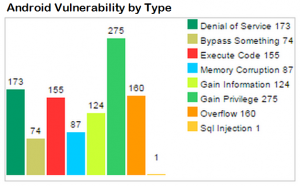 Debian Linux grabbed the second spot with 219 vulnerabilities, followed by Ubuntu Linux with 278 and Adobe Flash with 266.

Total Number of Vulnerabilities of Top 50 Products by Vendor

Adobe topped this list with 1383 vulnerabilities in Flash Player, Acrobat Reader, Air SDK and other products. Microsoft was the closed competitor with 1325 vulnerabilities in Windows 10, Windows 8.1, Windows 7, Internet Explorer, Windows Vista, MS Office and others. Google and Apple were on 3rd and 4th spot, respectively. 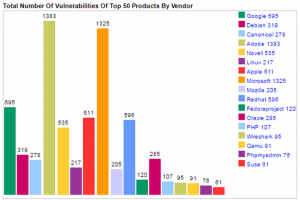