Asia now has the highest number of billionaires 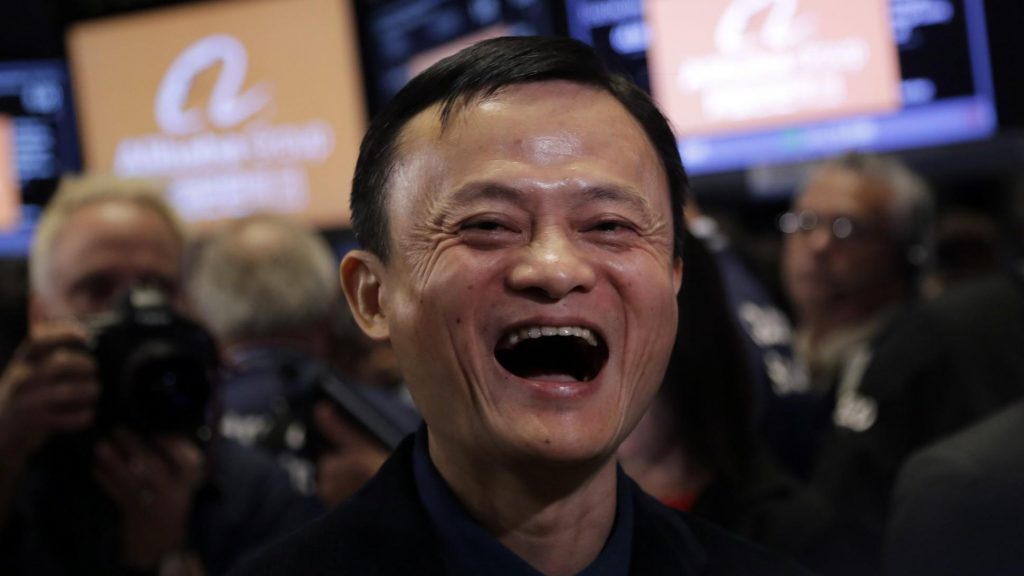 For the first time in history, Asia becomes home to the most number of billionaires outnumbering the United States. Asia now has 637 billionaires with China leading the pack. It is also expected that Asia will overtake the world’s largest billionaire market in terms of total billionaire wealth. 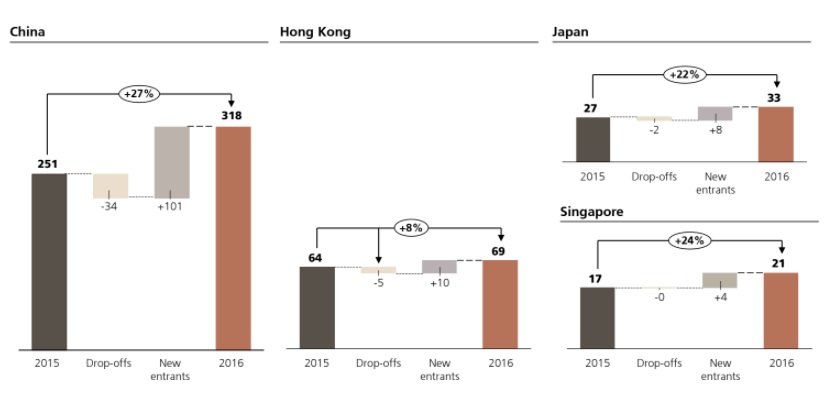 China has the most number of self-made billionaires as well. Out of $804 billion total wealth in China, $789 billion was self-made. However, in Singapore, only $27 billion of the $59 billion wealth was self-made while the remaining $32 billion is multi generated. Billionaires in Singapore most commonly earned their wealth from the health industries, real estate and consumer & retail businesses. And Singapore remained the only market which saw no drop-offs. 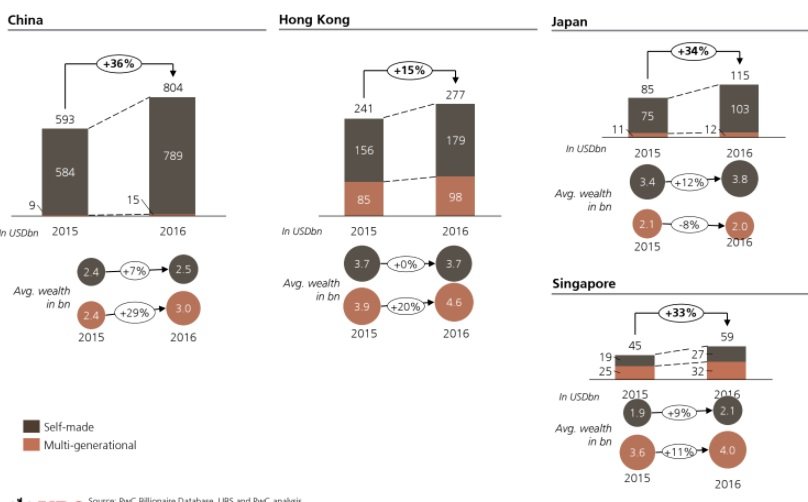 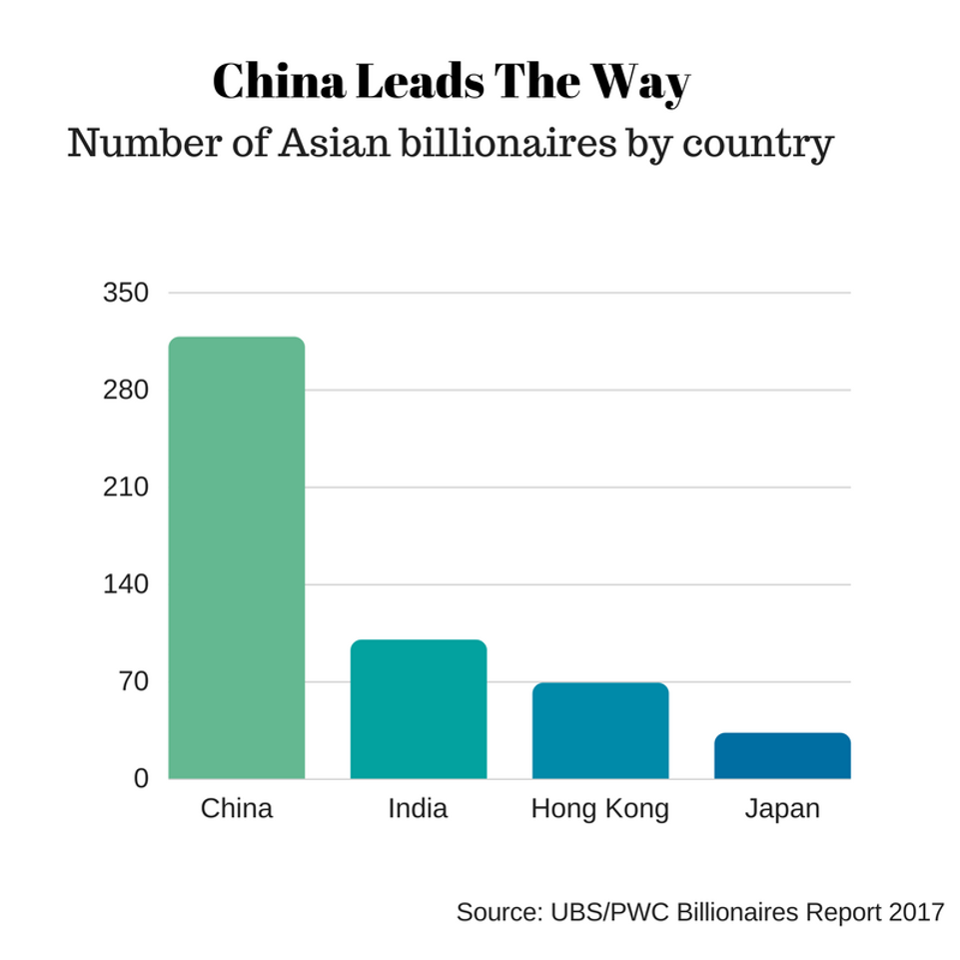 Moreover, 93% of billionaires in China are males and only 7% of them are females. And the average wealth a billionaire holds in China is $2.5 billion which is less than most of the countries with billionaires. 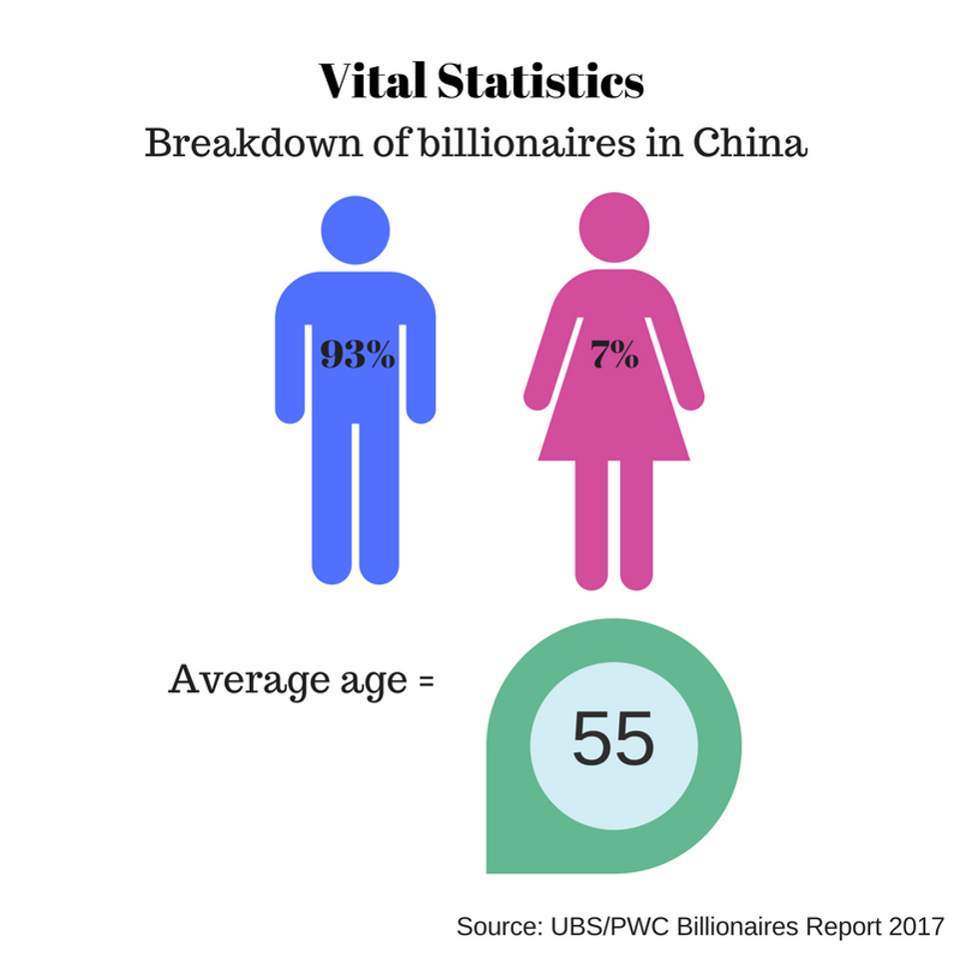 And of course, Bill Gates remains the richest person on earth. 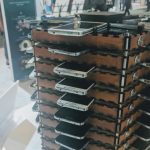