When the recent protests against the government reached the peak this Sunday, several doctored images and misrepresented videos,  began being tweeted as part of the hashtag – #CivilWarinPakistan which soon assumed the No.1 spot on Twitter. The trend suggested that a war-like situation was ongoing in Pakistan and that the armed forces personnel were resigning and had gone rogue. It was aimed at worsening the unrest by acting as fuel to the fire to further incite violence. The highly sophisticated mass propaganda and disinformation campaign had all the characteristics of state-sponsored 5th generation warfare, about which we have been sufficiently warned by the ISPR. But, have we done enough to control it and mitigate its disastrous consequences?

Let's get back POK & Sindh!

87 policemen joined TLP protest with their Arms and ammunition against the Govt. Tense situation in GHQ also as 73 more soldiers resigned & heading towards Lahore to avenge death of 198 TLP workers today.

According to the renowned journalist, Makhdoom Shahab Uddin, the trend, #CivilWarinPakistan was created by an Indian Twitter account, @Gif_baaz at 2:00 PM and the majority of the Twitter accounts’ locations could be traced to Indian cities such as Pune, New Delhi, and Mumbai. All videos of army personnel

However, the participation by political parties’ workers in these trends only made matters worse.

Another senior journalist and anchor revealed that Indian elements had penetrated the WhatsApp groups of the protesting party’s workers and were inciting violence the Law enforcement agencies. According to him, the miscreants part of the network had been tracked and arrests of those instigating the protests were likely.

Some #Indian cell numbers have been found in what’s app groups of TLP members stroking and inciting violence against #Pakistan & its LEAs.. Security officials say they have tracked the network & arrests likely of some foreign passport holders instigating the protesters. pic.twitter.com/VyKEGSKFGD

5th generation Warfare or Hybrid warfare is a military strategy that employs political warfare and blends conventional warfare, irregular warfare and cyberwarfare with other influencing methods, such as fake news/disinformation campaigns, and diplomacy. It has been largely used to define Indian efforts to destabilize Pakistan by exploiting its politico-religious fault lines by weaponizing mass media, including the broadcast channels, print mediums and social media. It has been frequently referred to as a major challenge by Pakistan’s premier security forces.

Director-General of Inter-Services Public Relations (ISPR) Major General Babar Iftikhar had declared that India is subjecting Pakistan to a massive campaign of fifth-generation warfare to inhibit the country’s success and tarnish its international image.

“Unfortunately, it’s a major onslaught, it’s a major part of the fifth-generation warfare. Pakistan is being subjected to […] hybrid applications massively and we are aware of that,” the ISPR director-general said. “Be it fake news spread by Indian sources of a ‘civil war’ in Pakistan or the propaganda being carried out against the nation on various social media platforms, the reality of our time is that this kind of warfare – aptly termed fifth-generation warfare – shapes our international relations significantly.”

Although the recently introduced legislation criminalizes defamation against armed forces with fines and imprisonment and can help mitigate situations similar to the civil war propaganda, a stronger deterrence to curb fake news is the need of the time and the citizen’s susceptibility to such disinformation makes it even more important.

Another legislation, “The “Citizens Protection (Against Online Harm) Rules, 2020” oblige social media platforms like Facebook, Twitter and Google to block or remove posts that are considered objectionable by the government as a means to monitor and mitigate online content related to “terrorism, extremism, hate speech, fake news, incitement to violence and national security.”

However, in situations like the one in Lahore yesterday, whereby real-time tweets, hashtags and WhatsApp messages were used, the government’s ability to act quickly and on time to identify the culprits whether local or overseas and have them blocked by the social networks seems doubtful.

Until robust measures can be adopted to curtail tactics part of the 5th generation warfare and the harmful propaganda it brings, the citizens must be stressed not to believe in, or forward any form of content they come across on social media without verifying it thoroughly. 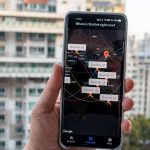