Facebook is not going to make your posts public tomorrow 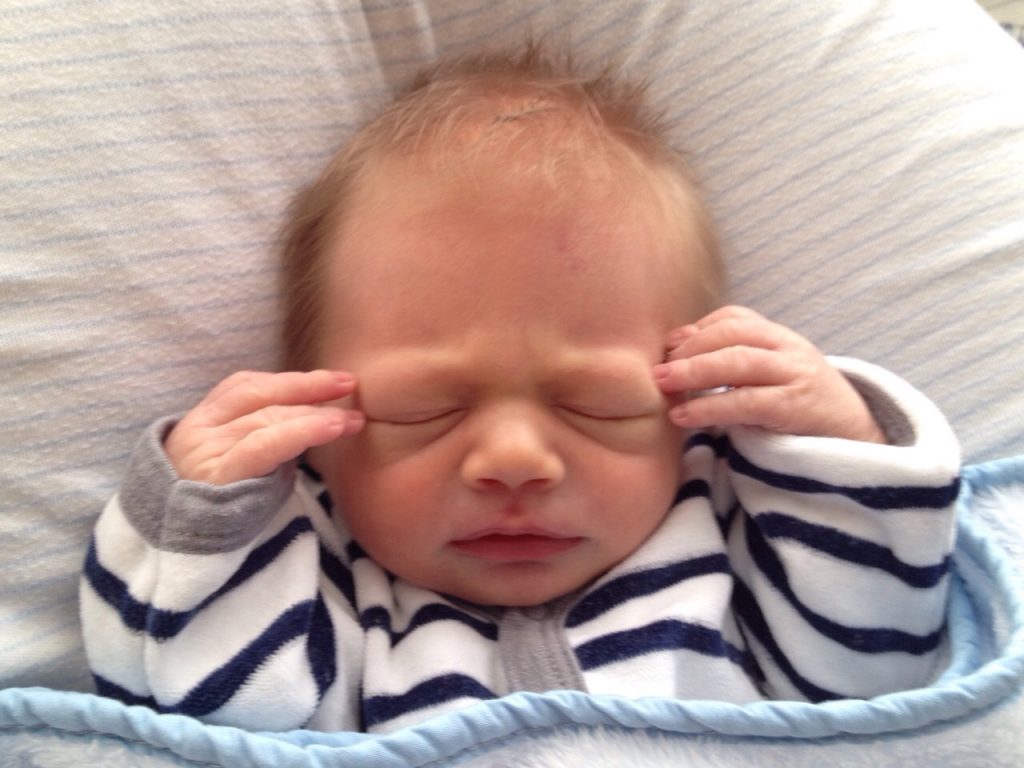 A status claiming to make all your Facebook posts public the very next day has gone viral on Facebook, especially within the Pakistani community.

The status is completely fake and your sharing/not sharing the status will not affect your social media profile.

The status is another one of those fake posts that have circulated Facebook for ages, fooling millions of people into uselessly sharing these messages, just out of sheer fear or lack of information. These privacy hoaxes have existed as long as Facebook itself.

The social networking company has to abide by rules and regulations which require it to specifically ask your permission and/or notify you of any change in its privacy policy.

It’s sheer silliness to believe that the people at Facebook will even think about doing it. They gain absolutely nothing my tinkering with the privacy of its own users. Their business model is based on advertising to its users which has nothing to do with the privacy of its users’ Facebook posts. The data provided to advertisers isn’t affected by that privacy and has never been. It has always been that way. 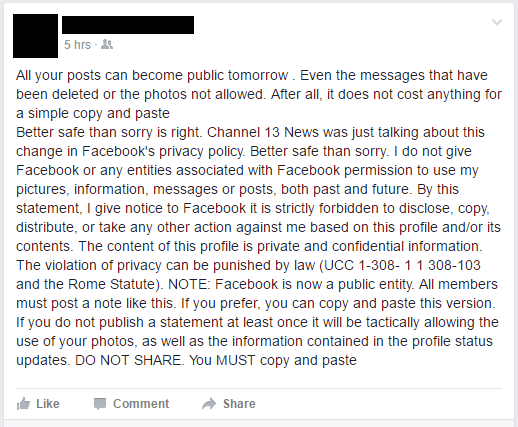 To make it even more-clear, the status is without any weight or credible source. The whole post is based on some report by Channel 13 News, which doesn’t exist. A simple google search is enough to clear that up. Surprisingly, a lot of these privacy hoaxes end up using “Channel 13 News” as a source (a lack of creativity on the spammers’ part).

Posting a status won’t change anything

If for some absurd non-existent reason, Facebook does decide to make such a change (it won’t), it will not ask you to give your refusal-to-consent by copy/pasting a few lines. By signing up for Facebook as a user, you agree to the terms and conditions. Posting a status changes nothing about that. So if you disagree with something, there are only two things you can do: leave Facebook or contact their support.

‘Don’t believe everything you read on the Internet.’

If you ever come across some news like this, just do a simple google search. Nine times out of ten, that will be enough to clarify your concerns. Lots of people still end up sharing this post just to be on the safe side. However, most of the time, it just ends up making them looking lazy instead of “safe”. 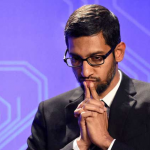