Facebook has announced to launch 360-degree live videos on December 13, 2016.

The feature will be introduced today through National Geographic’s Facebook page where a 360 video will be shown live from the Mars Desert Research Station facility in Utah. The aim is to help people from around the world discover and explore about Mars landscape as the scientists in spacesuits emerge from their pods after 80 days. The post states,

“Live video on Facebook gives people an immediate, authentic window into what’s happening in the world right now; 360 video immerses viewers fully into the scene, letting them explore on their own and experience a new environment. We’re excited to combine these two formats with Live 360 video. Live 360 transports people into new experiences—right as they happen.”

360 video, also called Immersive video, is created with specific settings of a camera or cameras which record all the views of a scene at the same time. Viewers are able to pan and rotate the camera in any direction they like. YouTube already has this feature. Facebook has only 360-degree picture view right now.

Live 360 will be available to more Facebook pages in the coming months and it will roll out to all the profiles and pages next year.

Open to play the GIF 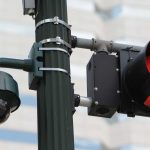