Food delivery through drones set to begin soon in Islamabad 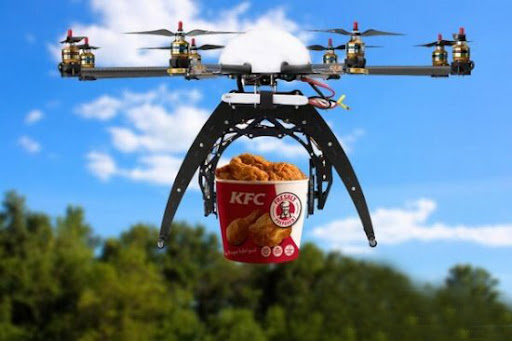 Drones delivering food from neighborhood to neighborhood? Take it with a grain of salt if you want to, but DC Islamabad Hamza Shafqat is intent on introducing this exact concept in the capital city!

As futuristic as it sounds, big firms like Alphabet, Amazon, and Uber have been working on food delivery drones for quite a while now and with the global food delivery market standing at $127 billion this year, it’s only sensible for more players to enter the space and capitalize on it with the help of automation.

So, will we be seeing drones buzzing around carrying food packages for customers? If Shafqat is to be believed, the residents of Islamabad at the very least can expect to witness such a sight sooner than they might think.

The lack of detail is undoubtedly frustrating, but the fact remains that it is a tantalizing possibility that will get people engaging with the idea and thinking of ways in which it can be brought to fruition.

Naturally, there are loads of question marks over the feasibility of implementing a system of drones for the purpose of food delivery. Are they going to replace food delivery riders entirely, or are we looking at a hybrid concept? Can they sustain all kinds of weather and geographical conditions? Does it require line of sight for operation, because in that case constant monitoring will be required and it might just be easier to get a human being to deliver your pizza to you?

These questions, and many more, will constitute a big chunk of the drone-powered food delivery discussions that will become prevalent in the coming days. In the meantime though, you will have to be content with human hands handing over your food to you. 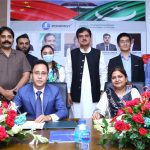