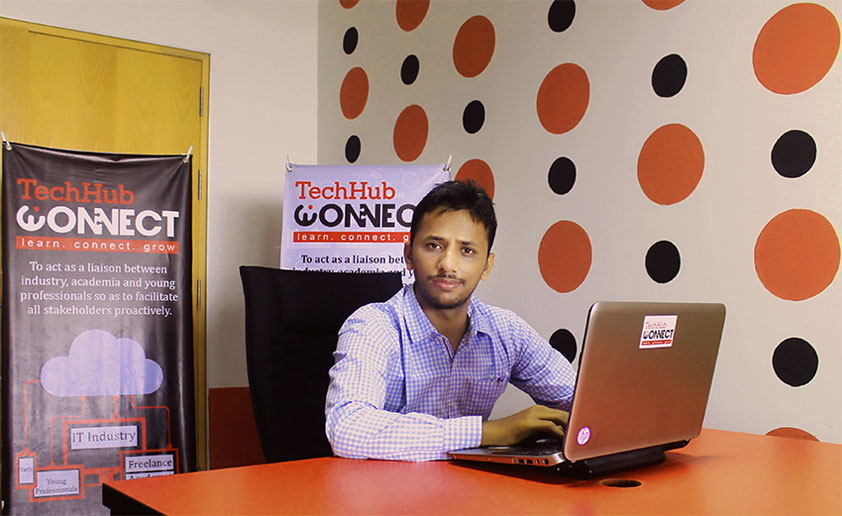 In the past couple of years, there has been a tremendous surge in freelancing opportunities. People are moving towards freelancing as a way of income over the robotic 9-to-5 job lifestyle. Because through freelancing, you have the potential to make more than you would under a daily or monthly wage job.

Muhammad Kashif, a freelancer from interior Sindh, is currently housed at TechHub Connect and is ranked as one of the top freelancers on UpWork. Kashif recounts that while studying at FAST-NU Karachi in 2010, a couple of friends mentioned how they earned 40,000 PKR in just two days – this was the beginning of his freelancing journey. “I also wanted to earn like my fellows. Therefore, I instantly signed up and started bidding on projects,” beginners luck, however, was not on his side. He went a couple of months without securing a single job. Caught in the frenzy to get a job and earn money, Kashif was not really paying attention to what the employer was asking, he was just applying to every job that came before him. After constant failures and rejections, he realized that perhaps his strategy need an overhaul.

He spent the next couple of weeks acquiring new skills; learning ways to write better cover letters, how to sell himself and how to write & speak effectively. Fortune always favors the prepared, after all. Kashif stepped into the ring once more and this time, he delivered knockouts all around.

See also: How this Pakistani MBBS student earned half a million dollars through Freelancing

When he graduated, he surrendered to similar problems faced by peers. He gave in to social and family pressure and got a job at a Software House in Lahore. While simultaneously working as a freelancer, it wasn’t hard for him to analyze the situation; “I was doing freelancing for 2 hours every day and yet I was earning more than my day job where I was spending almost 12 hours every day.” Kashif made the logical choice and left the job, but he maintains that money and time weren’t the only deciding factors. “At workplaces, employers treat their employees like mindless drones, although, these employees are one of the strong pillars of a company. There is so much flexibility in freelancing. You get to be your own boss. You get the deserving payment for your work, there is no middle man to keep the cut. You earn more money in less time. There is a flexibility of time and you can almost work from anywhere. All you need is a laptop and internet connection.”

When we probed Kashif on, “Why TechHub?” Kashif pointed out another dilemma in our society, “If you are working from home, people, especially your family members, stop taking you seriously. It was a huge pain maintaining work ethics at home. I was asked to go to Bazaar every once in a while to buy grocery which was affecting the work. TechHub was very helpful because not only I got a free air conditioned office space with free internet but more networking opportunities.”

Here Kashif met another fellow freelancer, Muhammad Shoaib, who had left a managerial position at a Software house in Lahore to pursue a fruitful freelancing career. Shoaib was not happy with his day time job and he felt that there was no challenging work for him. These days, he is also working out of TechHub Connect and is a top ranked freelancer on UpWork. There are a lot of initiatives right now in Pakistan which are trying to promote freelancing and guiding the youth on how to secure freelancing jobs. Kashif believes a good freelancer is always a combination technical and selling skills.

“You can learn to write a great proposal, but if you don’t have the required skills to deliver the project, this will be a disaster in the long run. As a freelancer, you’d have to learn the art of selling and delivering great results in time. These days, wannabe freelancers take a simple writing course and readily start bidding on projects. They win a handful of projects but the bubble bursts when they can’t deliver the results. Yes, there is saturation in the market now and the job rates are going a bit low but once you have set your footing – nobody can take the crown from you.”

See also: 7 Mistakes Most Pakistani Freelancers Make that Cost Them Time and Money

Today, It’s been almost 4 years, Kashif is freelancing and things have changed quite a great deal for him. Kashif and Shoaib are cofounders of Meshpros which is an IT company with 4 full-time employees and a constant stream of local and international projects in their hands. Their recent project was featured at the SharkTank Show, where one of their clients pitched it to the investors. In addition to that, the team is exploring options of their own products as well.

Before signing off, TechJuice asked about the secret sauce to winning projects. Here is the summary of that

Pakistan has one of the biggest crops of freelancers working for the world from their home country. According to a recent Elance-oDesk report, Pakistan ranks 4th in the list of countries with the most freelancers. slightly shy from the Philippines in 2 thousand freelancers and following the leads of US and India as the top two countries respectively. Until 2013, Pakistani freelancers have racked up to 71 million dollars on Elance freelancing platform only. While the earnings on other major platforms are not publicly available.

(Disclaimer: TechJuice has signed a technology partnership deal with MeshPros after getting to know the team during the interview.) 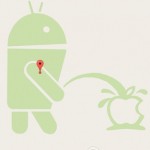