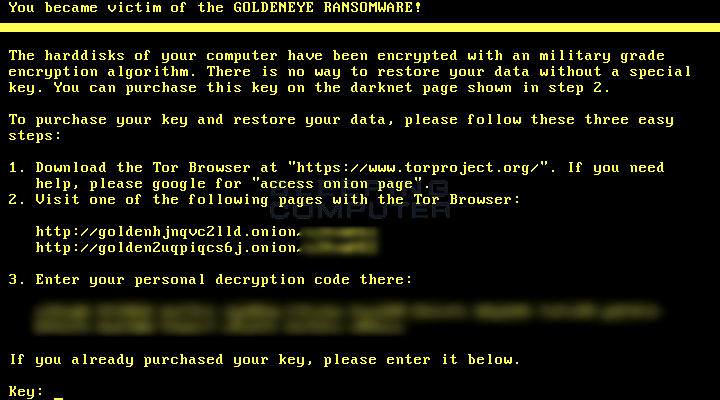 After WannaCry, another computer virus has started to disrupt IT systems at different businesses from around the globe.

The virus which started spreading from Ukraine since Tuesday has, as to this moment, expanded to more than 60 countries, affecting at least 2,000 individuals and different businesses. The virus quickly spanned to entire Europe and took over Middle East before expanding to other countries. The virus quickly took down Ukrainian government infrastructure. The systems of Ukrainian largest airport, National Bank and the country’s power provider company were worst hit. Event the Deputy Prime Minister of Ukraine, Rozenko Pavlo, admitted that he was unable to use his computer.

The attack also forced the administration which is monitoring the conditions at Chernobyl disaster site to shut down the automatic radiation monitoring and switch to manual procedures. The cyber attack has reportedly also affected India.

Named GoldenEye, the virus is a form of Petya or Petrwrap ransomware virus and is locking down the user and system files of computers for a ransom of $300 in Bitcoin currency. A recent report has, however, brought to light that the virus has only been styled as a ransomware, and instead targets damaging the IT systems. The security researcher reported that the software was “definitely not designed to make money” but “to spread fast and cause damage, plausibly deniable cover of ‘ransomware’”. Some researchers have also reported that the virus also contains a hidden Trojan that is stealing the consumers’ usernames and passwords.

The virus is functioning very similar to WannaCry which affected about 2.5 lac systems in around 150 countries around the globe.