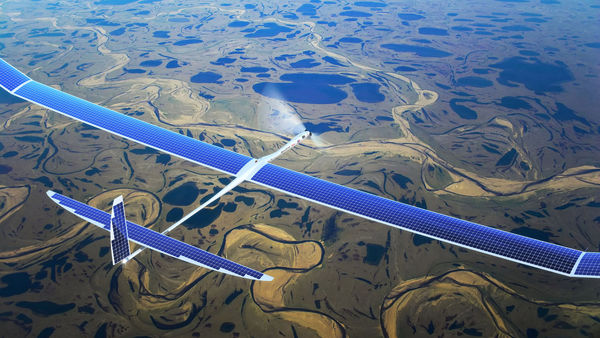 A new report has come to light revealing details of a secret Google drone project to beam 5G internet from the skies, using solar-powered drones.

Called “SkyBender”, the project is already underway at Virgin Galactic’s Spaceport America in New Mexico, United States, as evident by the documents obtained by the Guardian under public record laws. The report further claims that Google established prototype transceivers at the isolated spaceport last summer, and is currently testing them with multiple drones. The SkyBender project is being handled by Google Access, the same division that is responsible for the company’s other project to beam internet from the skies using a network of hot-air powered balloons while the drones being used have been developed by Google Titan, another Google division formed upon the acquisition of New Mexico-based startup Titan Aerospace in 2014.

The technology Google plans to use to beam the internet using its solar-powered drones is one that is Millimeter Wave, a hotly-debated topic right now in the tech world. Millimeter Wave promises speeds up to nearly 40 times faster than the currently used 4G LTE and Although it has been around for quite some time and promises speeds comparable to fiber-networks wirelessly, it hasn’t gained much traction because of a number of limitations; the transmission range is incredibly small and gets even smaller when you factor in even slightly bad weather. Recently, the founder of another notable startup, Aereo, announced his plans to use millimeter wave tech to bring gigabit internet speeds to people’s homes wirelessly so there is a chance that this technology can be improved for mainstream use.

To test out Millimeter Wave, Google is temporarily using 15,000 square feet of hangar space, Virgin Galactic, about $1,000 a day to use its hanger. Additionally, Google is also bound to spend an $300,000 on Spaceport America to construct installations with servers, millimeter wave transceivers, and other tech onsite.