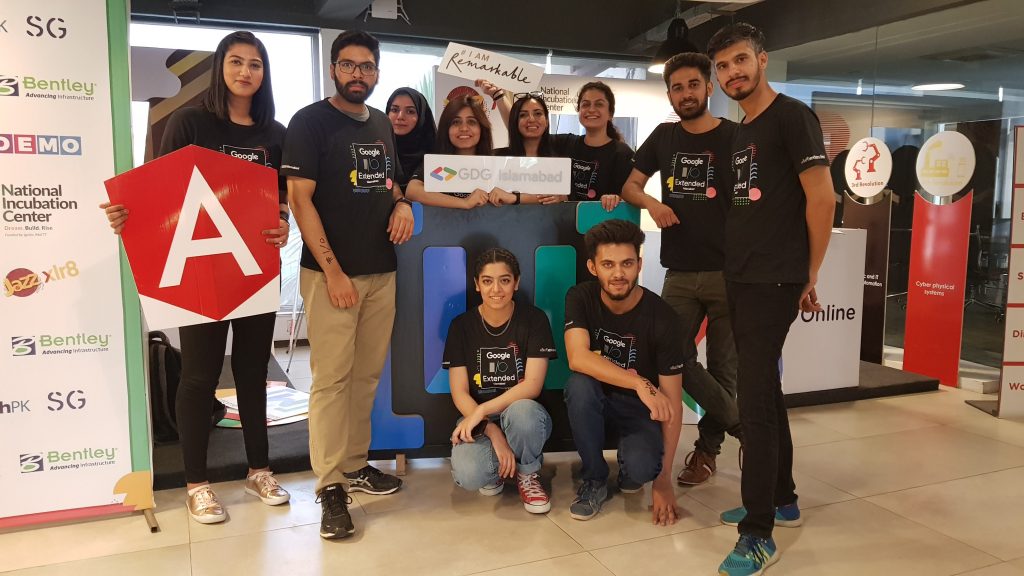 This year’s Google I/O Extended 2019 Islamabad has been an exhilarating and breathtaking roller coaster ride – with the biggest turn out of tech enthusiasts and developers from not only Islamabad but also Peshawar, Lahore, Mardan and many other cities of Pakistan. It really was an experience unlike any other presenting the best VR/AR experience, the most productive codelab sessions on Kotlin and Flutter and last but not the least a panel composed of some of the boss ladies of the tech and startup ecosystem.

The event kicked off with Muhammad Bin Masood Manager and Houziafa Khan Co-Manager GDG briefing the audience about GDG Islamabad and how it is an entire journey in itself rather than just a community aimed to revolutionize the culture of technology in Pakistan by empowering developers, designers, technologists, and change-makers.

Which was followed by a screening of the Google I/O 2019 keynote by Sundar Pichai. Now ever wondered why Kotlin beats Java at many places? Well if you didn’t, then the next session was just the place for you, where Mr. Ahmed Rizwan from Devening – Remote Consultant Snappymob, lead a very productive and informative discussion on Kotlin for Android App Development. Stating the benefits that Kotlin has for Android Development he established how Kotlin nullifies Java in many applications. Its implementation was further demonstrated in an Android Kotlin Codelab which was an introductory session by Attiq-ur-Rehman, who elaborated its many uses in the field.

The UI/UX Design Mini-Workshop (You can’t spell Design without Empathy) was an ice-breaker. Lead by Talal Athar, the youngest design lead in Telenor Group, the workshop discussed some of the prime topics of the corporate world and gave the audience an entirely different perspective of Visual Thinking. This workshop was ever engaging due to a bunch of activities thrown at the audience to keep their attention engrossed. In parallel to this, we had a hands-on training workshop on Flutter lead by Mubashir Ali.

Although it was no less than a challenge, gathering a crowd of more than 200 people for a group photo but thanks to the huge car park of NIC Islamabad it became a piece of cake and the photograph turned out to be amazing followed by a crazy lunch featuring super delicious pizzas. 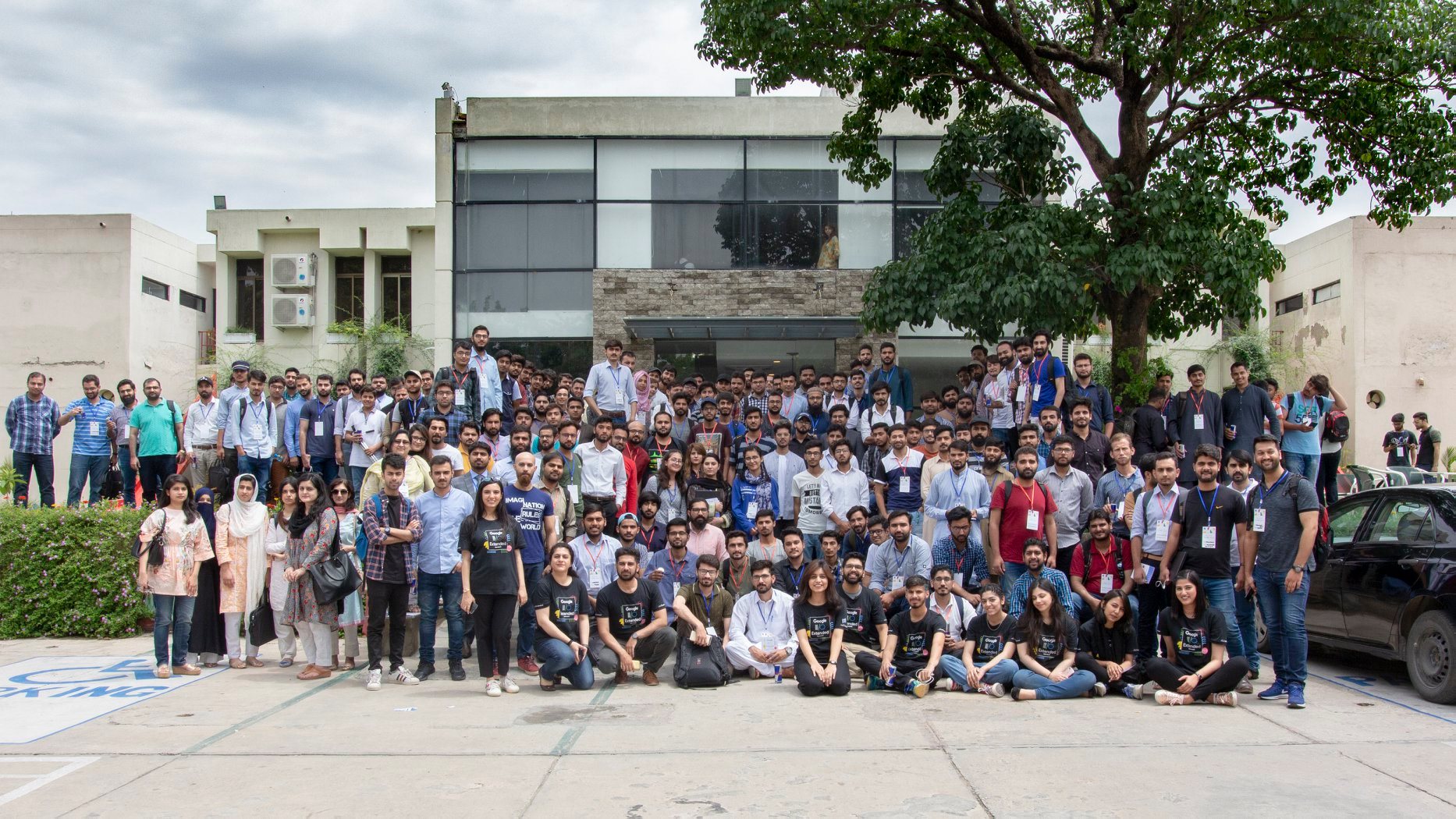 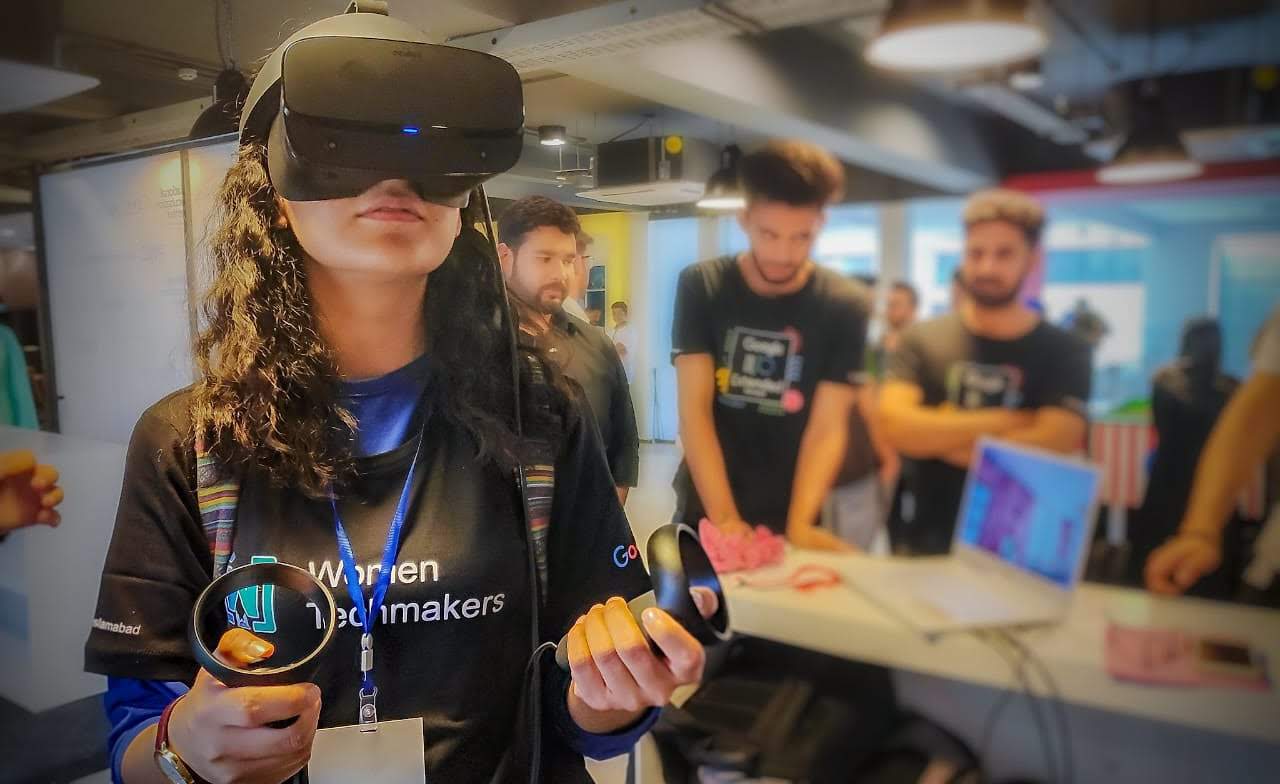 With VR/AR is the talk of the town, this happened to be the very session everyone eagerly waited for where Ibrahim Ali from VisionX discussed how this technology works and how VR Spaces Showroom, AR Viewer, and 3D – 360 VR Web View has tremendously eased customer interaction through websites allowing them to view the high-resolution images within created environments from various vantage points. They further demonstrated this by allowing the participants to see this for themselves using the VR headsets.

The event concluded with some wonderful giveaways from the GDG team and an amazing #io19Pakistan tattoo session with some ice-cream to top it all. 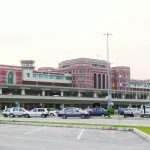