Today, at PM house in Islamabad, Prime Minister Imran Khan formally announced and inaugurated the Digital Pakistan campaign. The initiative will set the country in the direction of the much needed and awaited tech–enabled future. In order to achieve the defined targets, a task force named Strategic Reform and Implementation Unit (SRIU) is started with Jahangir Khan Tareen, previously Secretary General of PTI and Tania Airdus former Google Product Director for Payments & Next Billion Users taking the helm of the force. Governor of State Bank Reza Baqir will be overseeing Digital Payments and its reforms with banks. Both Tania and Reza are overseas Pakistanis who have left lucrative careers at Google and IMF respectively to be a part of the Government’s initiative for Digital Pakistan.

Thank you PM @ImranKhanPTI and @JahangirKTareen for giving me the opportunity to contribute back to Pakistan. With everyone’s support we will inshallah make #DigitalPakistan vision a reality.

With over a year since PTI took over, the Government is now looking to closely monitor progress in IT sectors and taking rapid steps towards digitizing Pakistan as well as preparing its Youth for the IT-enabled future. Since the reformation program applies to all industry segments, it is not being confined to a single ministry.

The goals outlined for this initiative are:

In upcoming months, the government will be setting monthly targets to achieve the mentioned goals. The targets will address the major challenges faced by Pakistanis right now. During the press conference, it was highlighted that there is a huge potential in the tech sector of Pakistan and the only requirement for it to flourish is an enabling environment. Prime Minister emphasized the need for adopting technology and skills of the future and mentioned that the educational curriculum will be transformed too.

With 170 million mobile users, 75 million broadband users and 25 thousand IT graduates in a year, Pakistan has untapped potential that is waiting to be unlocked. The above goals along with the combined efforts of the Government and tech community will help change the ecosystem towards a better and connected Pakistan. 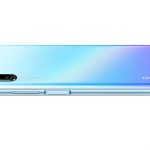