Haris Khan – The Youngest Mobile App Developer in the World

Bygone are the days, when children would plead hanging out to gardens or playgrounds. The youngest geeks of this era are mostly caught on computers – playing, learning new things and now – shaping the future with innovation. “ Haris Khan ” is one such kid, who at the age of 10, has been honored with the title of ‘The Youngest Smartphone App Developer’ by an Irish Newspaper. What is more to the news is that his ethnicity is Pakistani.

Haris currently lives in Dublin where he developed a game “Super Soccer Kick” that was first launched on 7th February 2014 and is now widely available for free, which you can download from Apple’s free apps store. The game works perfectly on iPhone, iPad and iPod Touch and has been developed intelligibly, by combining skills of sports and technology. It is a boon for users who are fond of sports and tech like the game developer ‘Haris’.

First reported on Irish newspaper and local TV channel, Haris is also working on some other apps as well. For now, we can only hope and wait until the brainy boy inspire this generation with more talent and creativity. 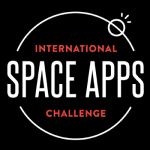