You can now wake up your phone with “Hey Google” command

The new command introduced by Google is “Hey Google”. It was first available for Google Home devices only but now the company has enabled it for smartphones as well. Some people are receiving the notification on their devices that “Hey Google” is now available on their phone and it is time to train their Google assistant to recognize the new command. If you did not receive the notification yet, you just need to download the latest version of Google App from Play Store and you should soon see the notification.

So now you can say either “OK Google” or “Hey Google” to awake your assistant and continue working as you used to. According to Google, the new “Hey Google” hot word is easier to say that OK Google. Although its the matter of split seconds but Google thinks that more people will start using it.

The feature was first discovered by XDA Developers in an APK teardown of a recent update of Google App.

There are a lot of Hey Google and OK Google commands which can help you in your daily life. Here is a list of a few of them.

Did you get the new feature yet? 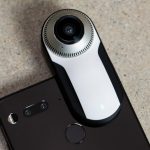 Essential sued over using wireless tech of another company