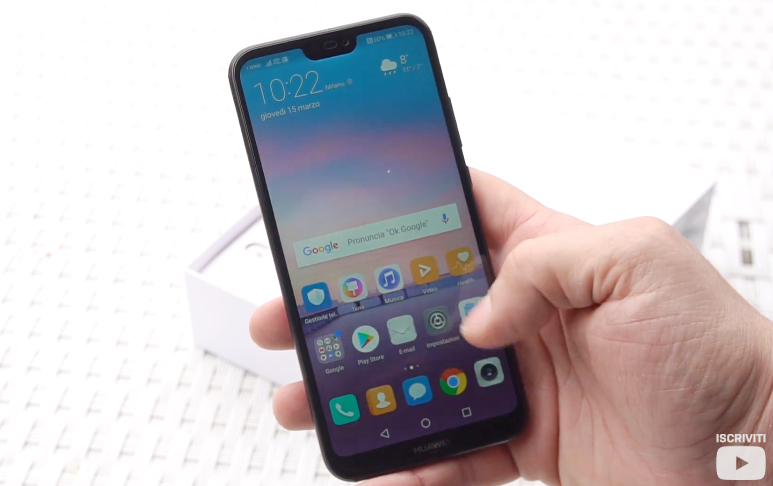 As we are getting close to the launch of Huawei P20 series, info on specs and features of the smartphone is getting leaked. These days it has become a common tradition that firstly rumors about an un-launched phone starts surfacing, then leaked renders of the phone emerge out and eventually we see a video of that smartphone. And from the newly leaked hands-on video of Huawei P20 Lite, it looks like now we know everything about the smartphone.

Huawei P20 Lite, which is going to be the most affordable offering in P20 family this year has surfaced in at least two hands-on videos, here and here. The videos show the P20 Lite to have a highly reflective glass back and an iPhone X-like notch (though in a smaller size) at the top of the screen.

A rear fingerprint sensor and a dual-camera system are also featured in the smartphone, unlike the P20 Pro which is rumored to have a triple camera setup. The P20 Lite also houses the 16MP selfie shooter and sensors that allow Huawei to implement a Face Unlock feature, logging in 96 face points. Huawei uses some AI magic which enables the sensors with anti-cheating algorithms.