In recent news, the KP Planning and Development Department (PDD) is working on a mobile application to ensure the elimination of potholes in different areas of the province. This application is generally for the public which will allow them to report any pothole they might see.

The application is named the ‘Pothole Fixer’ which is being developed by the GIS Cell at the PDD and will soon be launched in Peshawar as a pilot project. Moreover, this app is based on the department’s existing GIS platform which would link up on the basis of the real-time location of the users.

Once the application is launched users will be able to report potholes in the province by taking pictures of them and then reporting them which would be automatically be shared with relevant departments which includes Communication and Works, KP Highways Authority, and National Highway Authority in order to repair the broken roads. 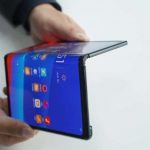