For quite a while now electric vehicles have moved on from being a concept to becoming a reality major companies after Tesla are now implementing, Lamborghini has now even joined the trend. The sports car maker unveiled a 1.5 billion euro (equivalent to $1.8 billion) which is a major push from the current conventional methods of fuel.

The Italian company mentioned that its first hybrid series production car would hit the market in 2023 while the remaining models would be ‘electrified’ by the end of 2024.

However, the company claimed that the battery-only model will not be released until the second half of the current decade. By 2025, the company aims to reduce carbon emissions by half.

The concept of this electrification plan unveiled with the Sian supercar which is capable of accelerating from 0 to 62mph in less than 2.8 seconds. This just goes to show how the Lamborghini Sian lives up to the name ‘Sian’ which means ‘lightning’ in Bolognese dialect. The supercar costs over 3 million euros and only 60 were built.

Moreover, the company sold over 7000+ cars last year but due to the pandemic situation production was shut down for the last 70 days in 2020. However, it is expected that with the new plans Lamborghini has much in store. 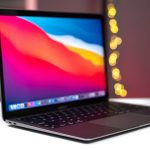