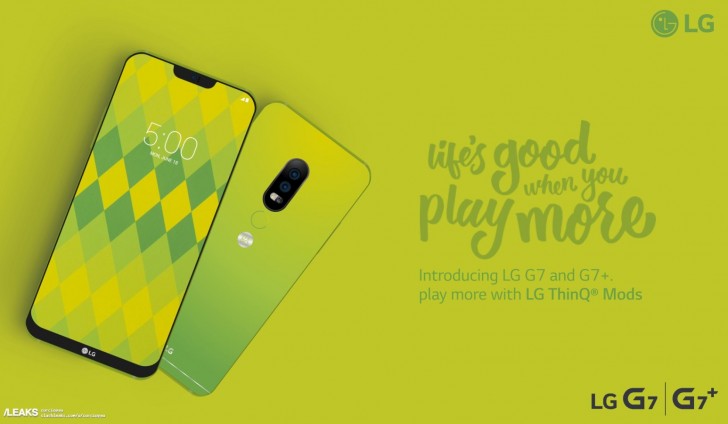 Last year, LG rivaled Samsung and released its LG G6 close to the launch of Galaxy S8. But this year, LG didn’t release its flagship smartphone in the first quarter saying that it will be launched “when the time will be right.” And since then we all are waiting for that right time.

Although that statement didn’t stop leakers to reveal about the design, specs, and features of the smartphone but still they were nothing more than rumors. However, assuming that now we are close to the launch of the smartphone, the upcoming leaks and rumors will be more authentic. LG G7 has surfaced in a new brilliant color — Lime Green with an iPhone X-like notch (the usual boring stuff) and dual cameras on Slahsleaks.

The LG G7 poster has revealed both front and back of the smartphone alongside the line which says “Life’s Good when you play more”, the leading marketing slogan for the LG G5, launched back in 2016. “Introducing the LG G7 and G7+ with LG ThinQ Mods”, the line is written right below the title. 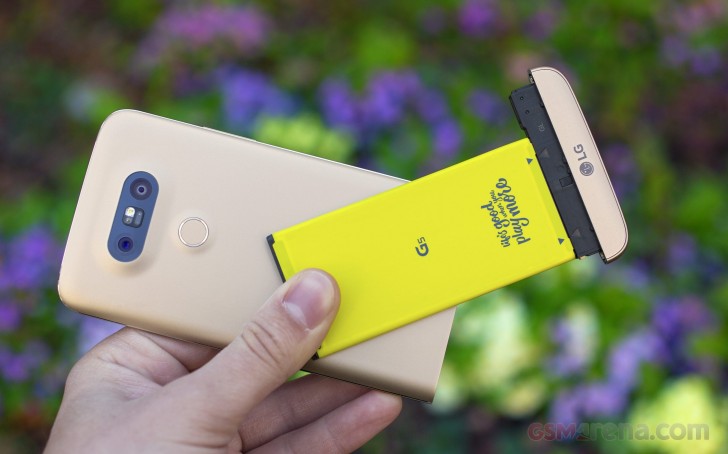 Other rumors earlier surfaced about the upcoming G-series smartphone hints towards full view 18:9 4K OLED display. The smartphone may also feature Qualcomm’s latest Snapdragon 845 chipset. The phone may feature a dual camera setup on the back, but we are not sure about that. The LG G7 variants also rumored to have an iris scanner, IP68, HDR10 and a battery capacity of 3,000 mAh.

There’s no official word on the LG G7 until now. The leak seemingly came out of nowhere and is a total puzzle to us all. 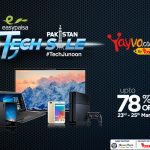