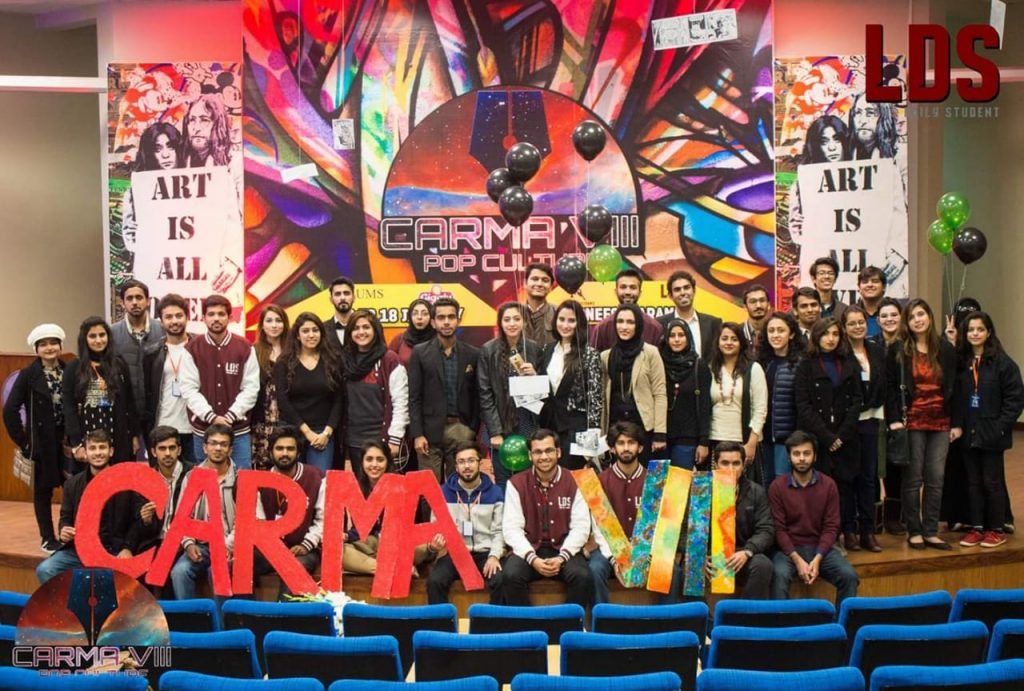 The Lahore University of Management Sciences’ Daily Student (LDS) society’s flagship event, CARMA is due to start tomorrow. This is the tenth edition of the event, thus the name CARMA X. The event will start tomorrow, i.e. 14th January 2019 and run till 16th January 2019.

In itself, CARMA is a three-day international, journalistic convention that seeks to clear perspectives on journalistic norms and offer new avenues to students all over the country to nurture their talents. The event is based on a total of 10 competitions (details below) and aims to nurture the youth of the country and give them adequate guidance for them to become active in the vast industry of media.

CARMA, as with all of its previous editions, is expected to polish the participants’ analytical and observation skills to a significant extent.

The theme for this year’s edition of CARMA is the 1960s. The theme is aimed at exploring the various events that took place in the 1960s, paying specific attention to the Vietnam War, Civil Rights Movement, Rock and Roll, Hippie Age, the evolution of Student Unions, the assassinations of Martin Luther King and John F Kennedy, and so on. Specific emphasis will be paid to the role of journalism during this decade.

CARMA will officially kick off with its opening ceremony tomorrow. Renowned Media Anchors Talat Hussain and Raza Naeem are the Chief Guests of the ceremony and will also be conducting a panel discussion on the “Evolution of Journalism from the 1960s”, which is in line with CARMA X’s theme of the 1960’s itself.

The 10 competitions being held in CARMA have all the right features to nourish the youthful participants and groom them into becoming the next big media representatives of the country. Here is brief information about some of the competitions, you can find full details on CARMA’s website:

This is highly likely to bring out the inner-Sherlocks out of the participants by giving them a chance to solve a murder case using a web of hints spread throughout the campus. There will be actual crime scene enactments in order to amplify the practicality of the case. Teams will have to solve the mystery and come up with a viable news report at the end of the competition.

Teams have to create a news package (video clip) containing details of a series of events that eventually lead up to the unfolding of a great secret. A workshop will be conducted to brief the participants about how to create the package beforehand.

CARMA isn’t all work though, they have an impressive social events’ list too. Starting off with a Food Street on the first day wherein participants can feast from the variety of stalls set up by various food outlets from Lahore to the Qawali night on 15th January by Shahzad Santoo, a well-known name in the country, CARMA has all the right tricks up its sleeves to ensure the participants have a good time.

The event’s last day, i.e. 16th January will be host to the Closing Ceremony, wherein the winning teams of all the individual competitions will be honored with shields. Obviously, the overall winner of CARMA X will be presented the CARMA shield, the most prestigious award of them all.

A formal dinner will be held after the closing ceremony to fill the appetite of the participants, which will officially mark the end of CARMA X.

TechJuice is the Official Media Partner of CARMA X. Stay tuned for our coverage of the event! 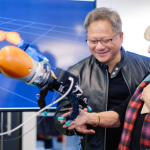