On Tuesday, Facebook pledged to take a further step on the removal of toxic and hate spreading content from all of the leading social media platforms. Facebook’s top executives are also ready to meet with the organizers who initiated the ad boycott.

The chief executive of Facebook Mark Zuckerberg and Sheryl Sandberg intended to communicate with the organizers of the campaign #StopHateForProfit which led over 900 advertisers to pause their ad campaign on the social media platform.

Sheryl said that she along with Mark would arrange a virtual meeting with the organizers with the advertisers involved in the boycott led by NAACP. The boycott wants Facebook to remove content that promotes violence and racism.

The two Facebook executive also shared their plan of meeting up with civil rights leaders and also its audit of civil rights practices.

Sheryl  said that Facebook will make changes in the policy updates after the meeting with the civil rights activists. In the blog post, she wrote: “We are making changes, not for financial reasons or advertiser pressure, but because it is the right thing to do. We have worked for years to try to minimize the presence of hate on our platform. That is why we agreed to undertake the audit of civil rights two years ago.”

According to Sheryl, the final audit report will be submitted at the beginning of the next week following a two-year review and that this would be guided by Facebook policy changes. The organizers of the boycott are looking forward to the executives to evaluate “products and policy of discrimination, bias, and hate.” The organizers also want reevaluation of the audits that are linked with “identity-based hate and misinformation”. 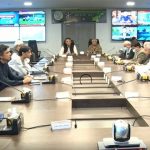