It would not be wrong to say that Pakistan has a pool of talented and innovative individuals. Over the past decade, the entrepreneurship culture has shown tremendous growth. NUST School of Electrical Engineering & Computer Science (SEECS) has always been on the forefront in promoting entrepreneurship and a sense of innovation among the youth. In accordance with that, SEECS recently organized a Social Hackathon from May 15th – May 17.

The idea behind this Hackathon was to bring together innovative individuals and provide them with a platform to solve civic problems. Around 400 students from NUST participated. Each team was linked with 1-2 mentors who provided invaluable guidance and also served as beta testers for the solutions developed by the students. After critical judgment, the following apps were declared as the rightful winners.

This team developed an app aimed towards helping students with entry test preparation. Every year students are embroiled in a fight to score high in their entry test exams. There are several entry test preparation platforms, but this app ‘Omega Base’ brings a fresh take on the subject. Students can select a topic and start attempting MCQ’s. If they arrive at a question that they do not understand they can press a ‘Help’ button. All other users of the app are notified and they can help out. The app can serve as a knowledge hub while also promoting a sense of assistance in students. This group was sponsored by Telenor and were awarded Rs. 75,000.

Twitter Trends is an app that uses an algorithm to perform sentiment analysis on a tweet regarding current social or political issues in Pakistan. The stats regarding a particular tweet are plotted on a map, using Google Map API as dots. The dots represent number of tweets from an area and their color depicts the sentiment. This app can prove very useful in judging the response of the general public towards a new policy introduced by the government or a social issue. Journalists and news anchors can use these stats to project the feelings of the people on the media. This group was sponsored by Bentley Systems awarded Rs. 50,000.

CrimiNULL is a crime reporting app. Users can report a crime by taking a picture or a video of a crime that they may have witnessed. The app automatically detects the user’s location and sends the image/video to the nearest police station. In case you’re unable to take a photo you can even send plain text. This group was sponsored by Alachisoft and was awarded Rs. 25,000 cash prize. 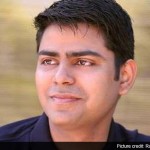