On Wednesday, Meta announced that it is thinking of firing more than 11,000 employees, or approximately 13% of its workforce. The reason is that CEO Mark Zuckerberg admits that he invested much in the company at the wrong time.

Currently, Zuckerberg wants to reevaluate his decisions and sympathizes with those his decision will affect. Moreover, the CEO claims that he is reducing the amount of investment across the different fields of the company, like the division housing its metaverse projects and Reality Labs. Still, overall everything will change for its recruiting team.

Besides, due to the outbreak of corona, the e-commerce industry grew a lot, and many people went online. Like, everybody, we predicted it to be a permanent acceleration and increased our investments, but we didn’t get good results at the end of the pandemic. 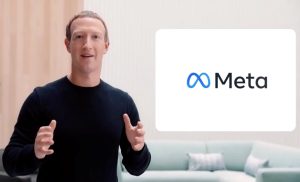 Additionally, Zuckerberg said that our company does an important job, but some still underestimate it. We aim to work efficiently, to boom, and we’re considering a hiring freeze during 2023’s first quarter.

On September 30, the company had 87,314 employees considering its third-quarter earnings report. On Wednesday, the fired workers couldn’t access most Meta systems and could only access their emails. Although, the change by Meta wasn’t unannounced, and on Tuesday, some directors and vice presidents came to know about the company’s plan to cut their salaries.

However, firing employees is the first step by Meta; the company changed its name from Facebook last year. The CEO also talked about downsizing, and it first started in April when the company chose not to hire anybody.

Furthermore, after two months, the company asked workers to work more efficiently. Try to give their 200% if they didn’t want to lose jobs since now the focus will be their performance. When Facebook upgraded to Meta last year, its third-quarter earnings report disappointed, and it lost $ billion in 2021. The Reality Labs report shows losses of $9 billion, out of which $4 billion in the third quarter.

Nevertheless, Zuckerberg claims that the company will stand with its US employees in this situation. US employees of Meta will reportedly get 16 weeks of severance in addition to an extra two weeks every year for serving the company.

Likewise, the company will take care of employees’ and their families’ healthcare expenses for six months and provide them with three months of career support along with an external vendor. Moreover, the meta employees will also get immigration support.

On the other hand, Snap also announced the fire of 20% of its workers as excessive hiring was only during the pandemic due to several people being online at the start of the year. Likewise, Elon Musk also fired many Twitter employees last week. 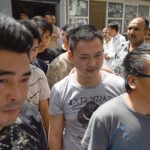