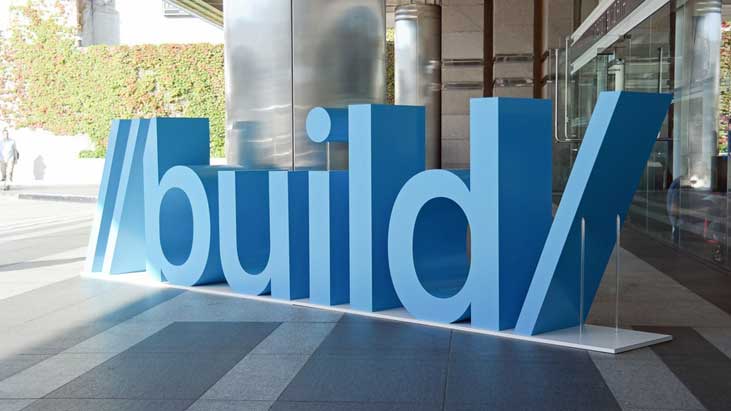 Most of the announced features, especially ‘Cortana’, were being expected to be announced for quite some time now, following numerous rumors and leaks. Cortana takes the idea of a digital assistant for smartphones one step further with much deeper integration and user-control when compared to its competitors: Siri for iOS and Google Now for Android. While still in beta and with minor glitches here and there, Microsoft made sure to show off all the domains in which Cortana excels against the competition.

Microsoft’s executive Joe Belfiore, who is the vice president for Windows Phone division, took the stage at Mosconsi center alongside Terry Myerson to detail all the work Microsoft has been doing in regards to its PC and mobile versions of Windows. While there are several improvements and feature additions for both of these versions, we’ll focus on Windows Phone in this story in particular. 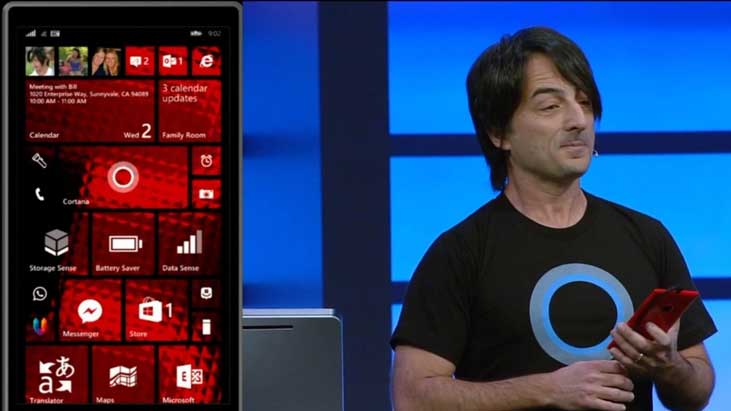 First and foremost, the Home- and Lock-screens are getting an overhaul with the customizable tiles density, backgrounds and glanceable quick info. Thanks to a new API, Lockscreen is a playground for developers to test new interface designs, similar to Android’s lockscreen customization features that are offered by third party apps like Go Locker and C Locker. Moreover, the users who feel bored by the “lifeless” Homescreen will now be able to select a background of their choice and it will be displayed as the backdrop of live tiles and will emanate a sense of depth thanks to the parallax scrolling effect.

Next major addition to the UI is the Action Center that works much like what Android’s Notification shade does. The Action Center can be summoned by swiping down from top corner and it contains quick toggles (four of these, which can be customized to the icons of user’s choice as well), system and communication notifications (like SMS, MMS, missed calls, reminders and more), and notifications from third-party apps. Microsoft asserts that new notifications API will empower developers to explore the world of possibilities in order to enrich the user experience.

Windows Phone 8.1 will also come equipped with Microsoft’s new Word Flow keyboard which incorporates Swype-like gesture typing support. Microsoft’s standard keyboard received a lot of negative feedback for being feature-less but all this could change, especially in the wake of it claiming the Guinness World Record of Fastest Keyboard on a Mobile Device, dethroning Samsung Galaxy S4’s SwiftKey-powered keyboard. 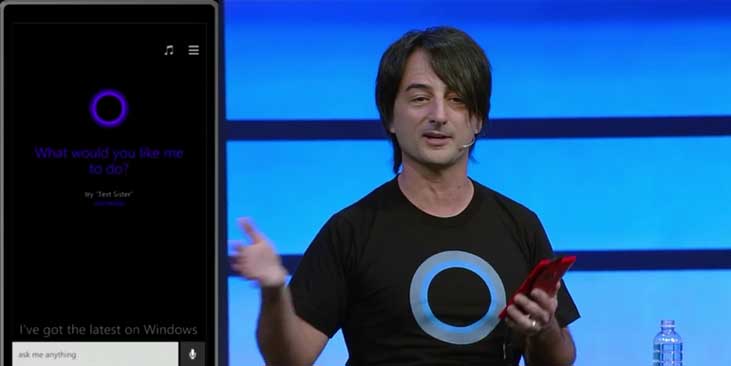 Finally, the star of the show is Microsoft’s vision of how a digital assistant should look and function like: ‘Cortana’, a character from Halo game series, comes to life as an intelligent personal assistant for your smartphone with Windows Phone 8.1 update. Cortana can perform almost anything that the current generation of digital assistant do, like setting up alarm, reminders and sending text messages, but the exclusivity lies within its deep integration with both internet and local device services.

Apart from exploiting the power of Bing to execute search queries about sports, weather and nearby places, Cortana is able to correlate queries (like Google Now, where you can expand on a previously asked question to inquire more), launch applications, read out your appointments for the day, and more. Cortana keeps a ‘notebook’ of sorts, a list of your preferences, interests, places and people you care about, to give a more personal touch to the services it can render. This includes notifications from your favorite sports teams, filtering of calls and messages during night/break time only from the inner circle that you choose, weather updates for the places you visit and more.

In order to empower Cortana even more, Microsoft has been working with some third-party developers as well. Cortana can access data from these developers and the user can ask highly contextual queries regarding these specific apps. Using this integration feature, your query to list nearby restaurants will be powered by Yelp, for example, and you can also mention a specific app like Facebook to execute your query in the context of that app: asking Cortana ‘Facebook; what’s up with Kevin’ will launch Facebook app and display your contact Kevin’s timeline.

Cortana can also access your emails and text messages for keywords like flight names, sports teams etc., and give you updates related to those keywords. While this may call forth a number of privacy concerns, Microsoft asserts that this feature is device-centric and only accesses the ‘service’ that is running on the phone. Moreover, it can be turned off in the settings if it is not up to the liking of some user.

This about sums up the major WP-related announcements from Build Developers Conference 2014’s Day 1 Keynote. You may watch the complete coverage on MSDN’s Channel9 here: http://goo.gl/WD9qc8. 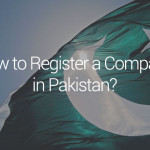 How to Register a Company in Pakistan?