According to the statistics put forth by PTA, broadband subscribers in Pakistan have reached a mark of 30 million. Out of these, 26.2 million people are using mobile broadband services as per data till the month of February.

Currently, broadband penetration in the country is 8.97% as compared to a low number 2.07% in the passing year. Mobile broadband is taking the lead and has a major chunk of users.

As per another report put forth by Grappetite, the smartphone usage trend has widely increased in the country. The current smartphone penetration has reached almost 10 percent. With the increase in usage of smartphones, the number of broadband subscribers will also increase immensely. In order to attain maximum market share, telecommunication companies are spending million on advertising at different fronts.

If we compare these numbers to international trends, in 2015 there were more than 7 billion people using mobile internet subscriptions as compared to less than 1 billion in 2000. “Fixed broadband is growing at a slower pace, where as, mobile broadband is the most dynamic market segment; globally, mobile broadband penetration reaches 47% in 2015, a value that increased 12 times since 2007”

In Pakistan, with the adoption of technology trends, smartphones and other smart devices, mobile broadband is becoming a lucrative market segment. A segment which is interesting but has a lot of competition heating up already. 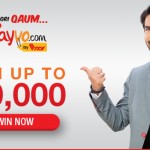