Since the launch of 3G/4G services in Pakistan, the number of mobile phone manufacturers is rising, hence the mobile imports of these companies are also surging in the country. Mobile imports observed a remarkable growth of 14.38% in the first half of 2017-18 (July to December) with an increase of $376.498 million, as compared to $329.177 million in 2016-17 (July to December).

The imports data has been unveiled by Pakistan Bureau of Statistics (PBS) which compiles and analyzes the statistical data relating various sectors of the country. The import of mobile phones in December 2017 stood at $73.047 million with an increase of 12.09% from the December 2016 i.e. $65.168 million imports.

The statistical data revealed by PBS also indicates that the other telecom apparatus imports witnessed the growth of over 9.77% growth in July-December 2017 and stood at $363.498 million as compared to same period of 2016 i.e. $330.814.

Pakistani mobile users are increasing and this creates the opportunity for many smartphone manufacturers to explore the potential of Pakistani Market. 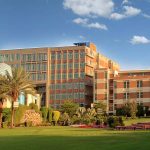 Vice Chancellor and Director of University of Lahore, Dr. M.H Qazi has passed away