Google is going to announce the next iteration of Android, dubbed as Android M, next week at the 2015 I/O Developer Conference and according to some reports, a major feature of Android M has leaked.

According to a report by BuzzFeed, Android M will natively support the fingerprint scanner feature. Previously, there was no support of a fingerprint scanner in the native Android and manufacturers who provided fingerprint scanners with their smartphones had to tweak the software themselves. There is nothing much known other than the new feature will allow users to login without entering a password to all supported applications on the Android M.

If you remember correctly, the former CEO of Motorola revealed Google had plans for a fingerprint scanner for its Nexus 6 but due to unavailability of a good quality scanner, the plans were dropped. This is also evident from Lollipops codes, which has traces of a fingerprint sensor functionality.

This also means that Nexus phones from this year will come packed with fingerprint scanners and an operating system that supports the functionality.

Let’s see if this prophecy becomes true or not. In case if does, the current owners of Nexus 6 won’t be very happy. 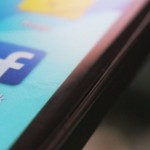