New KickassTorrent sites are thriving with Torrents being added daily

Now that the original KickassTorrent is gone, it appears that the KAT Saga will continue to live on in the form of clones and mirrors.

Late last month, Kickass Torrent was taken down after its owner, 30-year-old Ukranian Artem Vaulin was arrested for buying something on iTunes. Legally. Authorities had been after him and hit the jackpot when they were able to trace his IP Address from an iTunes purchase and match it with a login to the Kickass Torrent page. To keep a Facebook page for an illegal activity may have been a very dumb decision, leading to Vaulin’s ultimate downfall.

However, the story didn’t end there. Unofficial clone sites erupted in less than 24 hours whose lives were also quickly cut short. KAT’s official rebirth in the form of kat.am has also died.

But the story continues. The guy who launched kat.am has now launched two KAT mirror sites kickass.cd and kickass.mx. What’s more interesting is that they are fully alive with new torrents being added at a rapid speed. There are several other mirror sites too but they are not as active as these.

It should be remembered here, though, these are just imitations and have nothing to do with the original site. There’s also a clock on these clones, who knows when they’ll die. But the owners of these sites are bent on thriving on Kickass Torrent’s fame. 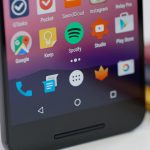 Android 7.0 Nougat to land for a public release in August