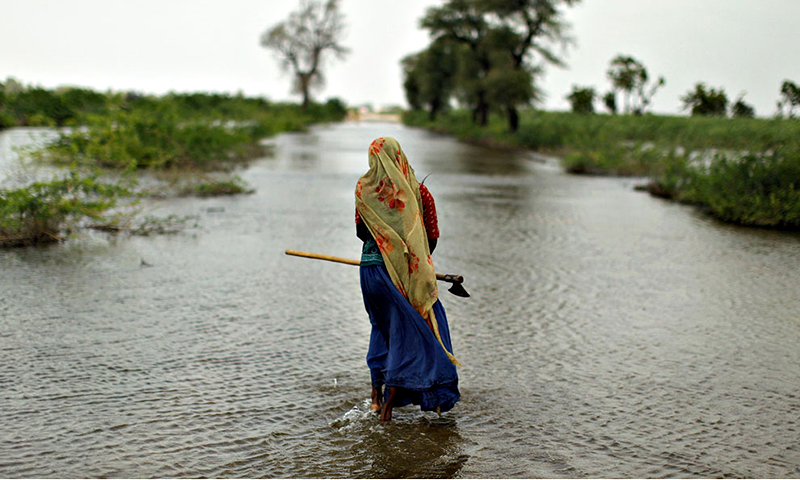 In a concerning development for the state of the country during times of ever-increasing global warming and climate change, it has emerged that Pakistan has been ranked as the fifth-most vulnerable country to climate change.

As reported by Business Recorder, the Global Climate Risk Index just released its ranking of the countries most likely to be impacted by the negative effects of climate change. The report indicates that Pakistan lost a total of 9,989 lives, suffered economic losses worth $3.8 billion and faced over 150 extreme weather events from 1999 to 2018. This suggests an increase in climate-related vulnerabilities for the country.

The global report went on to highlight that the government, along with the international community, was simply not taking sufficient steps to cope with the threats posed by climate change.

According to the report, Pakistan joins a list of countries that are “recurrently affected by catastrophes [and] continuously rank among the most affected countries both in the long-term index and in the index for the respective year”.

Other countries included in this list are Puerto Rico, Myanmar, Haiti, Philippines, Vietnam, Bangladesh, Thailand, Nepal, and Dominica. The following is a screenshot of the list of the ten most vulnerable countries to climate change in the long run: 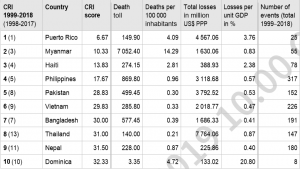 David Eckstein, one of the co-authors of this year’s report, talks about how “the entire region where Pakistan is located is prone to extreme weather events, in particular, heavy rainfalls e.g. during monsoon season, and flooding as a result.”

In response to the rankings, Advisor to the Prime Minister on Climate Change Malik Amin Aslam Khan said that the country’s ranking on the list went up because the period of reference comprises the catastrophic floods of 2010/2011 thereby amplifying the impact of climate change on Pakistan.

He also talked about how the nation’s economy was at constant risk from the force of climate change.

“In terms of economic costs at $3.8 million, we are number three over a 20-year period. What this means is that our economy is constantly at risk from climate catastrophes and this is not just an environmental challenge but an issue impacting our economy, human health, agriculture and ecosystem,” he explained. 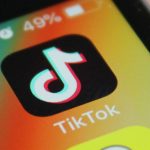