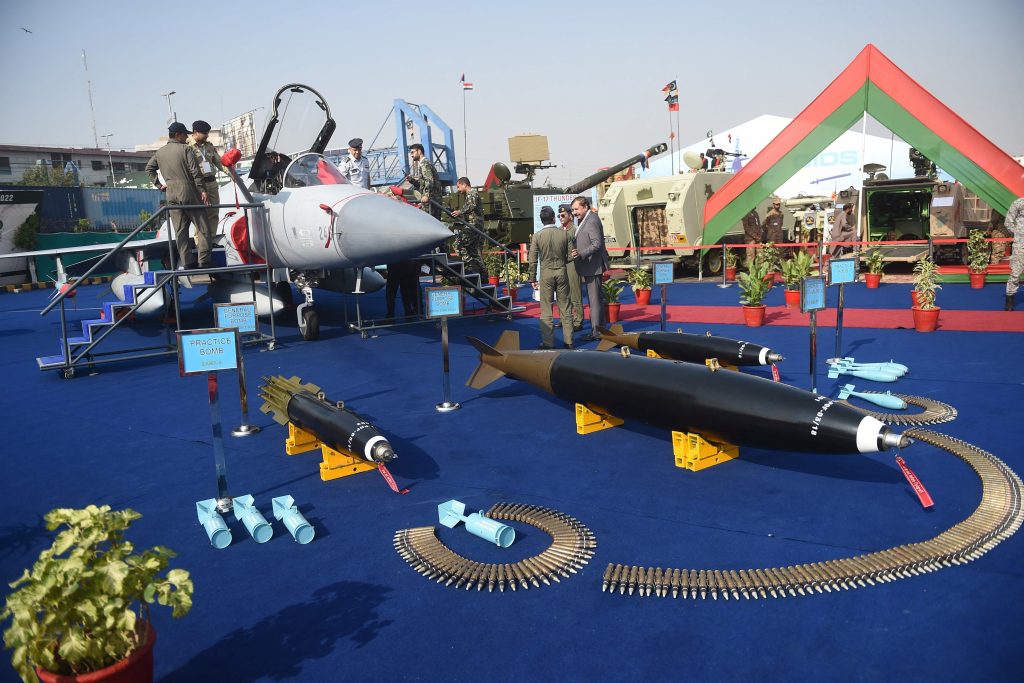 Pakistan has initiated work to introduce the third version of the fighter Jet JF -17 Thunder. The project was a part of the Pakistan Air Force( PAF) fleet that downed two Indian aircraft in retaliation to New Delhi’s aggression in February 2019.

The country has displayed its model of the new fighter jet in the ongoing International Defense Exhibition and Seminar (IDEAS 2022) at the Expo centre in Karachi.

Moreover, Pakistan invented the jet in collaboration with China and was inducted into the PAF in 2007. According to the officials, the up gradation is in progress. 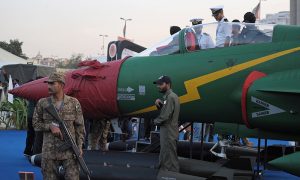 Undoubtedly, Haider is the most advanced battle tank introduced after the Al Khalid Tank. Haider was recently introduced and enlisted into the Pakistani Army. Indeed, the addition has increased the capability of Pakistani forces on battlefields, stated an official of Heavy Industries Taxila.

Additionally, the tank can go into hiding by generating smoke when it senses a counter threat. Moreover, the tank has auto gears with the navigation to move left and right by using the steering, replacing the outdated stick technology.

Pakistan’s robotic sector has made various advancements in the field. Recently, National Radio Telecommunication Corporation (NRTC) has launched robots capable of defusing bombs on the battlefields. The project is a part of an explosive ordinance device (EOD) vehicle. The robot can defuse bombs, including bomb disposal suits for army personnel.

The design helps to maintain a low-attitude terrain following the flight profile. The perfect scenario can successfully avoid the enemy’s countermeasures while in operational mode. It can serve both the ground and the air.

Besides, the innovative technology displayed in IDEAS 2022 makes Pakistan of the countries capable of selling cruise missile technology in the international market.

On the other hand, IDEAS 2022 is a creative way to bring together international suppliers and manufacturers of products and services. It helps to explore the opportunities for cooperation in defence production through joint ventures.

Moreover, IDEAS has become a supporting platform to showcase our country’s creative technology. It exhibits various products, ranging from all advanced equipment used in third-world countries.

Alas, the Karachi Expo centre has 500 exhibitors from Turkey, China, South America, Europe, Asia and other parts of the country. 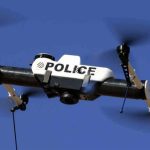