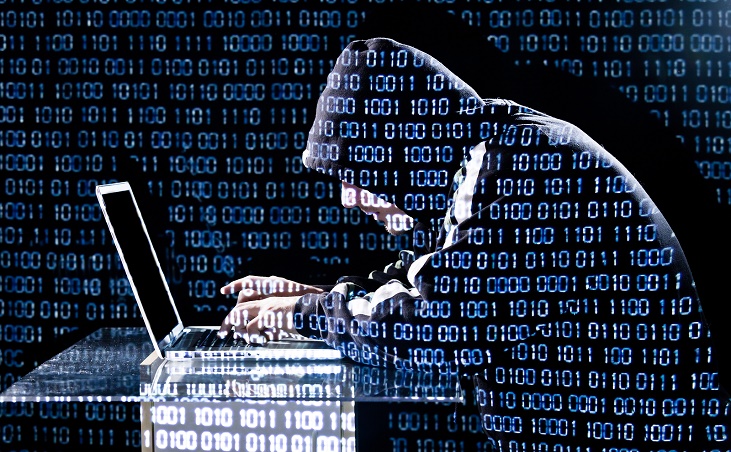 Pakistani hackers group “Hacked Pak Cyber Attackers” defaced the website of Chhatisgarh National Institute of Technology (NIT) and replaced the home page with a slogan of “Pakistan Zindabad” followed by “nothing harmed just defaced and deleted some vulnerable files, we are Muslim hackers, we hack for cause, not for fun; contact us.” This happened just a day after PM Narendra Modi launched Digital India Campaign to reform the country through technology. 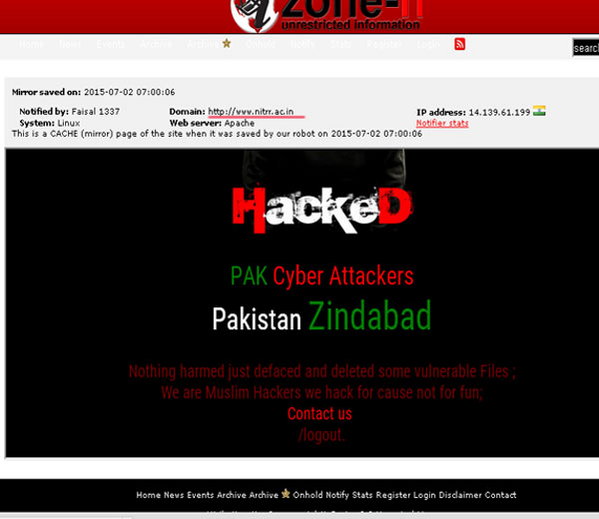 Faisal Afzal, alleged to be the Pakistani hacker from the group, posted about the hacking on his Facebook timeline saying, “National Institute of Technology Raipur Official Website HaCKED AND ROOTED” along with a picture of a successful hack. 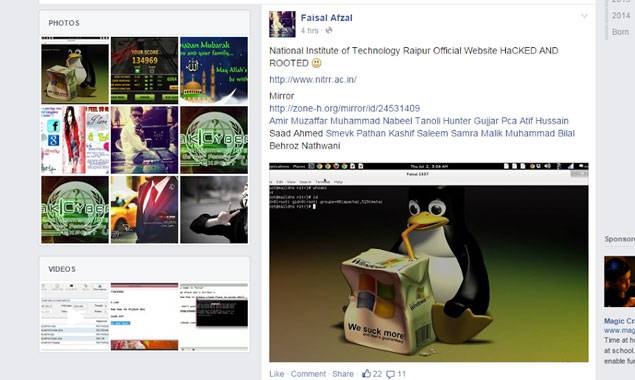 See Also: Up close and personal with Makman, the hacker behind the recent Gaana.com hack

Mohit Sahu, an expert of the cyber security in India, explained about the hacking and mirror link mentioned on Afzal’s Facebook wall,

“He had been accessing NIT’s website for a year and had never been tracked down. By hacking, Afzal wanted to show how vulnerable the websites are which can be easily hacked. He had earlier hacked NIT Kolkata’s website also, link of which is posted on his wall. The mirror link is what the hacker posts and keeps as log about the sites he had hacked and how they looked like after hacking.”

The site has been recovered, but Mohit believes that the hacker can attack again since he still has the ‘Buzz’ with him. Mohit explained that Buzz is an open source content management system which if gets leaked can allow anyone to hack the sites.

According to NIT, the hacker did not destroy the website’s database. However, NIT will hire a security expert to find out the loopholes in the website which aided the hackers.

What do you think about the recent spree of hacking incidents from Pakistani hackers? Let us know in the comment section below. 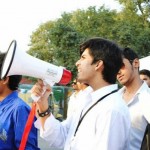