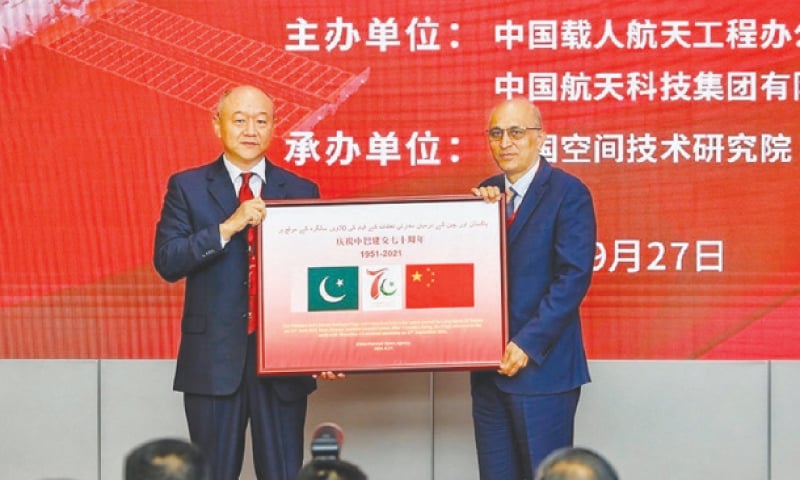 A Pakistani national flag that was carried into space aboard the Shenzhou-12 spacecraft back in June of this year has finally been returned and handed over to the Embassy of Pakistan in Beijing at a special ceremony held in the China Academy of Space Technology (CAST).

As reported by Business Recorder, the national flags of both Pakistan and China were originally sent by China Manned Space Agency (CMSA) into outer space on June 17, 2021 in recognition of the 70th anniversary of the establishment of diplomatic relations between the two nations.

The flags made the journey to space on-board a Long March 2-F carrier rocket and returned via Shenzhou-12 after spending three months in space.

The Shenzhou-12 space mission carried three Chinese astronauts to space for building Tiangong, a Chinese space station which is expected to be completed next year.

The ceremony – attended by Pakistan’s ambassador to China Moin-ul-Haque, secretary of the China Academy of Space Technology Zhao Xiaojin, and other leading scientists and experts –  featured the handing over of the Pakistani flag to the Pakistani envoy.

Speaking on the occasion, Haque congratulated CMSA, CAST and other Chinese research institutions for the successful manned space mission.

He said that the space journey experienced by the national flags of the two countries was a special demonstration of the unique friendship between Pakistan and China. Moreover, it was a befitting way to celebrate the 70th anniversary of their diplomatic bonds.

The envoy also expressed the confidence that the two nations would continue to cooperate in space exploration ventures in the future. 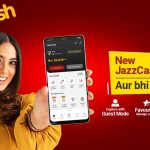 JazzCash rolls out an all new and improved mobile app