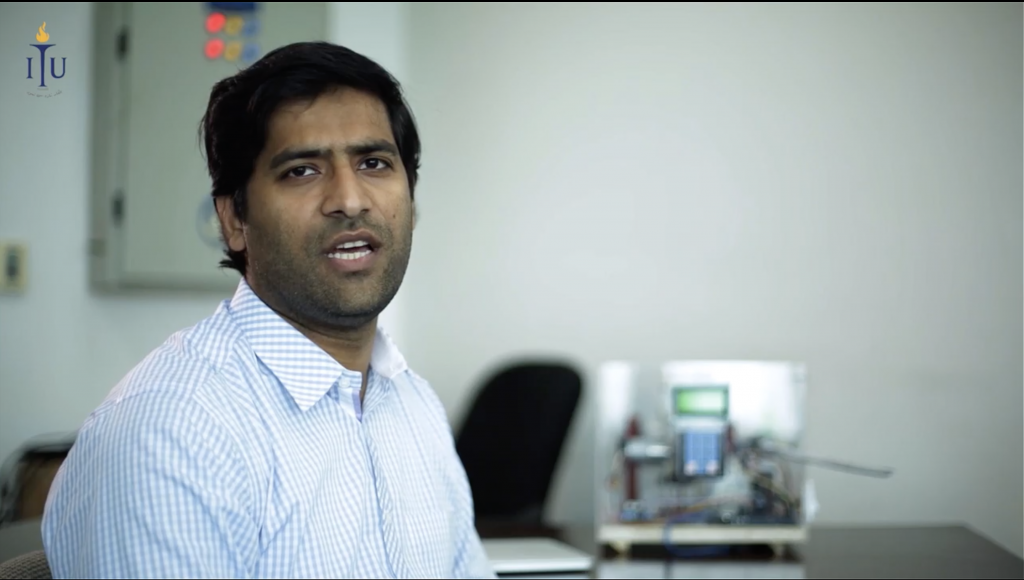 Muhammad Mujeeb-ur-Rehman, a PhD from California Institute of Technology (Caltech) and former Faculty Member at Information Technology Univerity (ITU), has alleged in a Medium post, that Shaheer Ahmed Piracha, a Boston University (BU) graduate has plagiarized his research of Ambulator, a portable low-cost ventilator.

Called Umbulizer, Shaheer’s version recently won the MIT Sloan Healthcare Innovation Award, and have previously received awards and grant funding from Harvard Business School and Seed of Change. TechJuice reached out to Shaheer, and he informed that he is publishing a statement on Medium to refute the claims of Mujeeb.

Mujeeb’s post provided accounts on the research timeline with evidence of shared communication and discussed the evolution of the idea through feedback from stakeholders and fellow ITU researchers. The post also mentions how Shaheer approached him to help commercialize the prototype and later filed the patent in his name.

Now, Shaheer in his statement further says how his role was not limited to just marketing the product but also improving the engineering design of the prototype. Currently, both parties are legally contesting the IP claim.

Here is a break down of the timeline of events and the evidence provided by both parties. 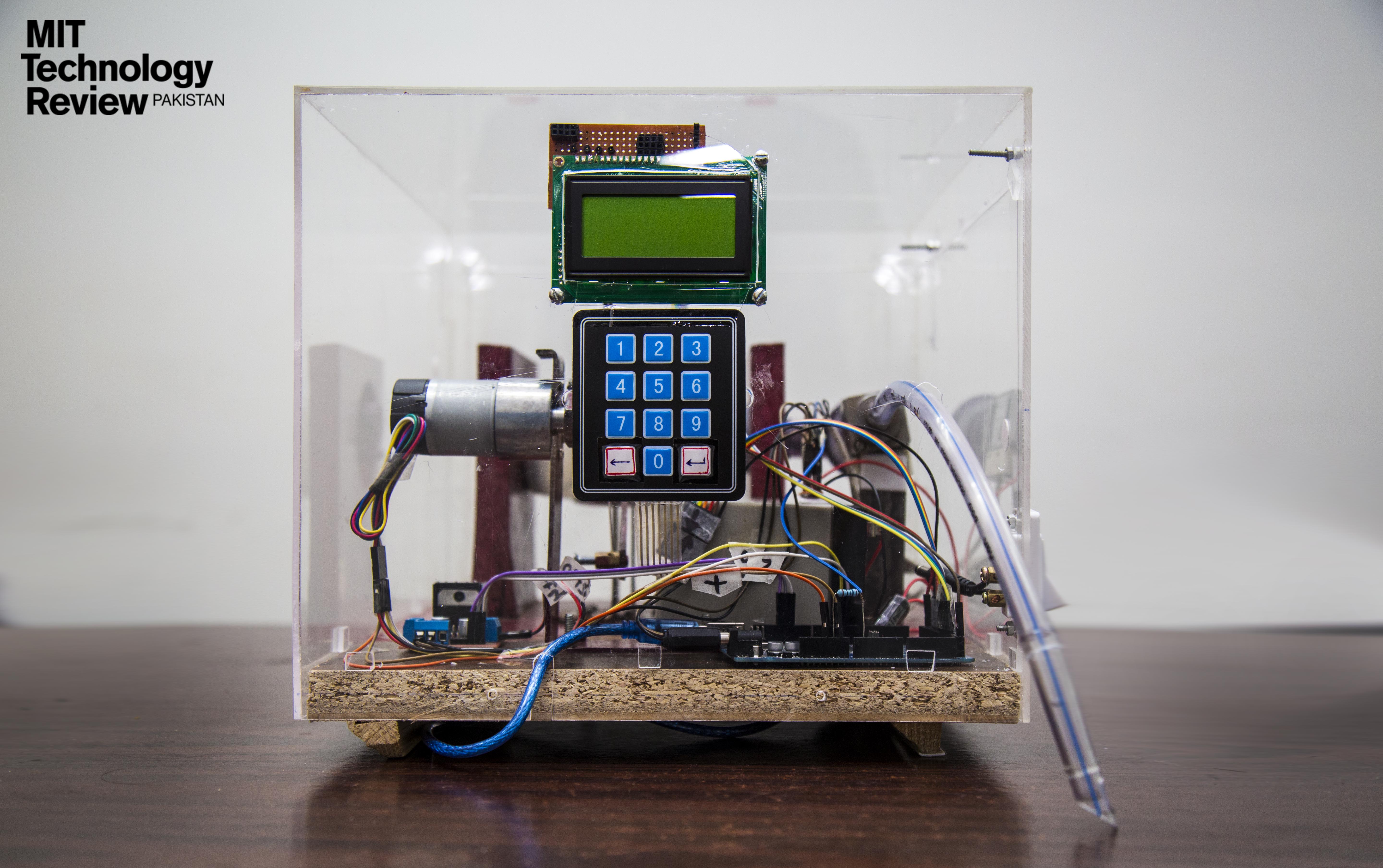 After Mujeeb completed his PhD, he returned to Pakistan in 2015 and joined ITU as an Assistant Professor. In December of that year, a family tragedy struck Mujeeb when a young child in the family lost his life due to lack of ventilator facilities at Children Hospital Lahore. Affected by this human loss, he started pondering to automate and regulate a system to overcome the inadequacy of an Ambu bag that requires manual inflation for respiration.

He engaged with the ITU Faculty and also reached out to various researchers at UET to receive feedback on his idea. Meanwhile, he was also looking for a co-researcher who can help build the device and found a researcher from UET, Saad Pasha.

After the prototype was developed, it was acknowledged by Dr Umar Saif, then VC of ITU and the research was featured in MIT Technology Review Pakistan with test data and prototype design. Later, the Ambulator was also featured in another local media outlet, Dawn. The team later reached out to doctors from local hospitals to gain feedback and commercialize the ventilator.

In December 2016, Mujeeb moved back to the US to commercialize his PhD thesis. He thought it would be difficult to manage the work on the ventilator but later decided to work remotely on the project. He writes,

“A successful completion and commercialization of a medical device will help me with other projects. ITU generously allowed my then research associate Saad Pasha to continue the project for some time under my remote supervision.”

Meanwhile, Shaheer shares that during his volunteer work at Lahore General Hospital in 2014, he noticed how families were provided with Ambu bags that mostly failed to save lives. He returned to BU and started his research to prevent such deaths. He discovered that researchers were trying to build low-cost ventilators, there was one developed by an MIT team in 2010. Later a Nigerian doctor also developed one in 2016.

Mujeeb returned to Pakistan in the summer of 2017 and started preparing to human-test the device. When the Ambulator was tested on human patients, it indicated promising results. During this time, he was approached by Shaheer on LinkedIn through the reference of Dr. Umar Saif. The BU graduate corroborates this instance and shares that he was also in Pakistan during the same period and looking for options to develop lifesaving solutions that are relevant to the Pakistani healthcare system.

Shaheer, however, mentions that when he approached Mujeeb, it seemed that they had discontinued work on the prototype and the UET researcher had moved to a different lab. The device developed by Mujeeb and Saad was an initial prototype and they agreed that the device needs a lot of improvement before it becomes robust enough to be deployed in a hospital.

Mujeeb writes about his meeting with Shaheer,

“After Shaheer and I met and he saw the ventilator, he really liked it and offered to help commercialize it. He was from a business family and had business contacts. I was happy with this as I was technically focused and this could help us make a product soon. Shaheer asked me to share some background material on the project. I shared with him a detailed proposal that I had prepared for HEC NRPU (which was submitted via ITU in 2016).”

On the contrary, Shaheer denies his role limited to marketing as alleged. He mentions that he engaged with doctors from Services and Lahore General Hospitals to build a roadmap for the new device. He shared in his statement evidence of communication with Mujeeb and Saad for the rapid prototypes of the new design he conceived, emphasizing that his involvement was in a greater role, spanning across technical and clinical areas of the project.

Meanwhile, Mujeeb alleges that Shaheer singled out Saad and acquired crucial intellectual property information of the device and did not maintain any transparent communication. Mujeeb had handed over the prototype and components to his teammate Saad. He alleges that during his absence, Shaheer acquired the device and kept it with him for days.

While Mujeeb flew back to the US, Shaheer stayed in Pakistan and according to the Caltech PhD, helped them in interacting with doctors. Mujeeb also mentions that the progress of the Ambulator after Shaheer joined the team was again featured in the MIT Technology Review Pakistan.

The same month, Mujeeb initiated the conversation to file a patent. Shaheer mentions that it was agreed by the trio that the patent application fee will be divided amongst the three investors: Mujeeb, Saad, and Shaheer. While the team was trying to file the patent in Pakistan, Shaheer quietly filed a patent in the US and tried convincing the team that it was filed by mistake and will be retracted. Mujeeb mentions,

“Anyway, Shaheer had hired an external lawyer and submitted his plagiarized patent (without our consent) a day before we submitted it to Intellectual property office (IPO) Pakistan. It is easy to get a copy of his patent and compare it with our patent and my proposal to HEC to validate that he plagiarized our patent. When confronted, he told us that his father’s office filed the patent by ‘mistake’ and that he will retract it. However, instead, he left for Boston and stopped answering us at all.” 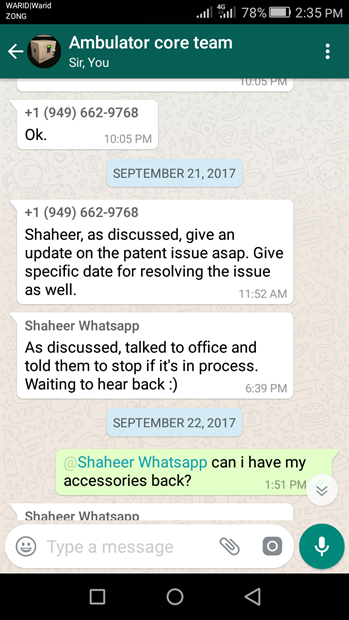 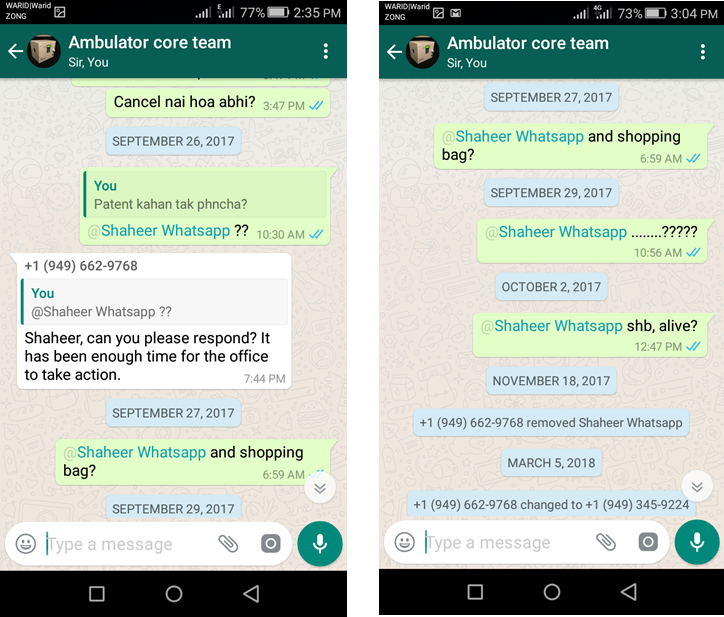 Shaheer refutes the allegation and emphasizes that he never claimed sole ownership of the work and shared the receipt of a patent application that enlists the name of all three co-inventors. He said he also stopped responding to Mujeeb because he was being abusive and threatening to ruin Shaheer’s career unless he retracts the patent. 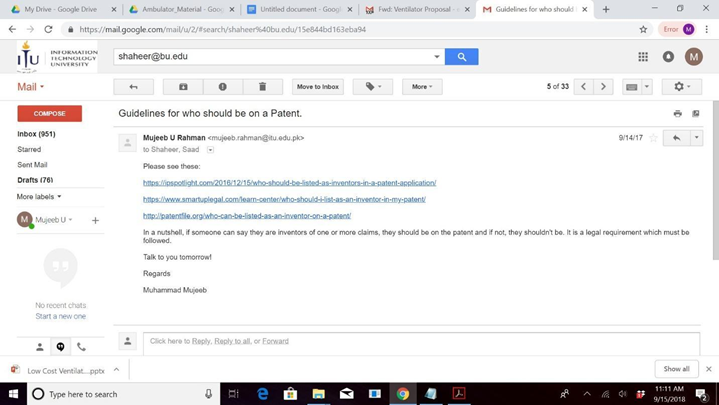 Both of the parties are now pursuing legal action to resolve this issue. Mujeeb writes,

“I have started legal action in Pakistan with the IPO office. My team ,there has been to ca ouple of hearings whereas Shaheer has hired a lawyer who just keeps postponing the hearing to next on.” 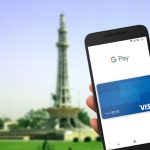