Pakistani Startup BookMe, an online web and mobile application for buying cinema and bus tickets, has raised angel investment from Etohum – A startup accelerator program based in Istanbul.

Several Pakistani startups were shortlisted for Startup Instanbul event which happened earlier this year. Startup Istanbul is dubbed as the biggest Eurasia event which brings together investors, startup founders and executives from the region.

We reached out to the Founder and CEO of Bookme for more details on this. Faizan told TechJuice,

“I was fortunate enough to get selected for Startup Istanbul last month and it was there that I first met with the Etohum team and its founder. What followed were a series of meetings not only with the team but with some of their board of directors as well. We were in constant contact even after I came back and eventually got around to finalizing the terms of the investment formally about two weeks ago.”

This is not the first investment from Etohum in any startup. The accelerator has been in the business of supporting startups by providing seed funding since 2008. So far they have invested in 28 startups within the same domain. Two of the companies that they had previously invested in went on to raise over $40 million and over 10 companies have managed to raise over $1 million in investments.

When asked about the exact amount, Faizan excused by saying that it’s an angel investment and he doesn’t want to make the numbers public. 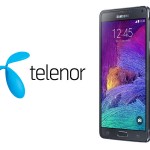