In an interview with the Associated Press Pakistan (APP), he said all the trainees’ assessments were completed, whereas the course-completion certificates had been issued. Furthermore, the ED said over 20,000 persons from under-developed areas were trained in traditional trades such as welding, plumbing, stitching, and cooking. Moreover, around 17,000 youth for high-tech areas – artificial intelligence, robotics, and cloud computing from across the country were also imparted training.

He revealed that the majority of the trainees had become employed before the end of their training. “This is a testament of the success of the Kamyab Jawan Programme, which aims to increase the number of country’s skilled workforce,” he added.

Dr. Nasir Khan said the second phase of the Hunarmand Pakistan program had also been launched to train more than 50 thousand youth in conventional and high-tech trades. He also revealed that, so far, 170,000 applications were received under the current phase.

The training program is part of the Prime minister’s “Digital Pakistan” initiative, introduced to set the country in the direction of the much-needed and awaited tech–enabled future. With 170 million mobile users, 75 million broadband users, and 25 thousand IT graduates a year, Pakistan has untapped potential waiting to be unlocked. The combined efforts of the Government and tech community can help change the ecosystem towards a better and connected Pakistan. 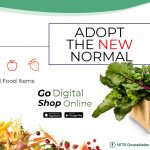