National Telecommunication Corporation (NTC) has inaugurated Pakistan’s first ever National Data Centre in Islamabad. The inauguration ceremony held in the capital was attended by Minister of IT Ms Anusha Rahman Khan, Chairman PTA Dr. Ismail Shah and various professionals from the IT industry of Pakistan.

Pakistan is the first ever SAARC country to implement the e-governance model. After successfully converting over 6,000 files to e-government by the Ministry of Information Technology, the government last year decided to replicate this model in all ministries/divisions and attached departments.

So, in that respect, the main aim behind the newly inaugurated data centre would be to help the government implement its e-governance agenda. This National Data Centre will comply with the Tier-3 standards and other than e-governance also assist in e-commerce and e-health.

Speaking at the event, Chairman NTC Viqar Rasheed Khan said that the Data Centre will be added with the latest IT features and it will be highly technical. “The Data Centre will provide the facilities to the government bodies with different services in data communication as various other private service providers are offering to their clients.”

IT Minister Anusha Rahman also stated that the National Data Centre for e-governance is the top priority right now.

National Telecommunication Corporation signed a contract with Inbox Business Technologies and Huawei earlier this year in March. The entire process of the data centre’s establishment took place within a time span of 5 months and it is expected that it will be up and running quite soon owing to close working ties between the government and the private sector. 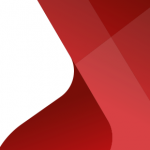 Bank Alfalah earns Profit before Taxation of Rs. 7.592 Billion for the first half of 2016