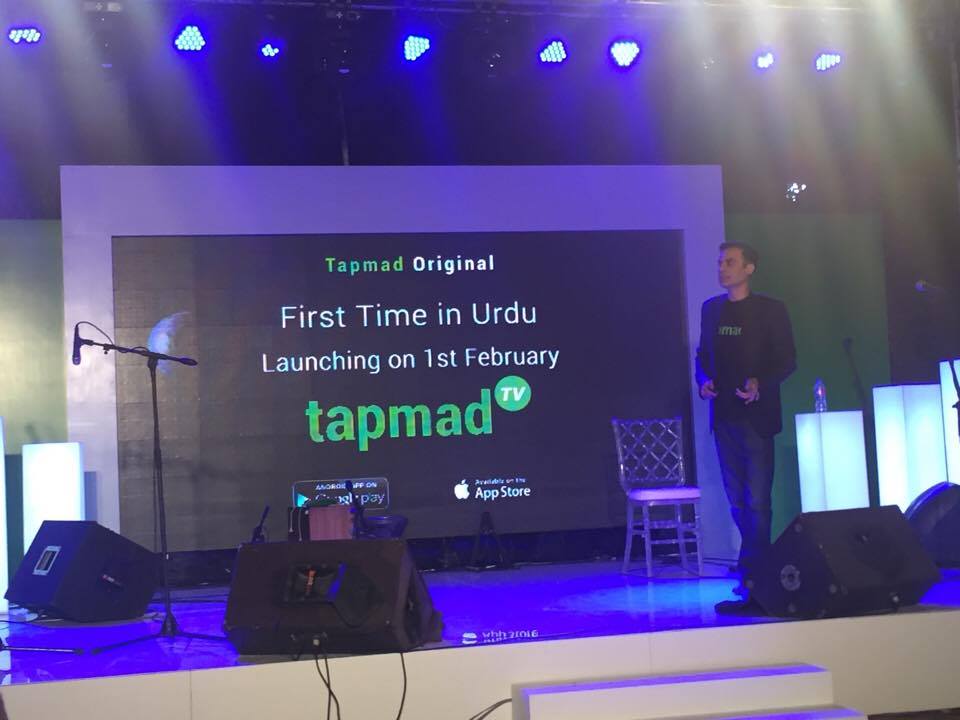 Last night, the launch ceremony of ‘Tapmad TV’ was held at the Alliance Francaise, Karachi which was hosted by the vibrant Ayesha Omar. The event was attended by a number of prominent personalities in the technology and media industry like Nadeem Hussain (Founder, PlanetN), Rehan Allahwala (Founder, Rehan School), Shakeel Masud (CEO, Dawn News), Zafar Siddiqui (CEO, Samaa TV), Mahira Khan, Sara Haider and many others. Each one of them made their presence felt as they celebrated the launch of Pakistan’s first Mobile TV app which is expected to revolutionize the entertainment sector in our country by bringing it within your fingertips!

Tapmad TV is an online app which allows you to watch your favorite TV channels, movies, seasons and dramas with more than 140 live TV channels and hundreds of films, TV shows, documentaries etc. forming a crucial part of its offered services.

A couple of unique features have been added to provide the finest service to consumers including a one-of-its-kind ‘Catch Up’ feature which enables you to catch up on your favorite TV show or season that you may have missed due to work commitments within the seven days of its release and a ‘DVR’ feature which gives you the option of saving an extraordinary innings in a cricket match or any memorable songs that you love from an old film and then replaying them later on with your friends and family.

Speaking on the occasion, the Founder and CEO of Tapmad TV Mr. Yasir Pasha said, “2017 will be the year of mobile entertainment in Pakistan. After doing some research on my own I came across this interesting fact that after sleeping and working, the third-most popular activity amongst people from around the world is watching movies and videos. With more than fifteen million hours of video content being consumed in the last three months and currently engaging more than one million users, I expect Tapmad TV to lead that change.”

Perhaps the proudest moment of Mr. Pasha’s speech came when he announced that every single developer and team member involved with Tapmad TV hailed from Pakistan!

Despite the fact that he had studied in UK, he was amazed to see the local content that is in search of good opportunities and made sure that every bit of the Tapmad TV’s content was produced here. Shedding more light on the pricing details of the online app which is available for both iOS and Android platforms, he explained that the basic model was currently available for free which has more than 140 live channels whereas they also have a ‘Premium’ option at Rs. 250/month that enables subscribed users to view movies and TV shows in HD quality.

In addition to this, Mr. Nadeem Hussain also expressed his thoughts on the launch ceremony by sharing how Yasir and he actually came to be known. Being the son of one of his oldest friends, who is also the supporting partner of ‘Tapmad TV’, his friend asked Mr. Nadeem to listen to his son’s pitch on an upcoming idea. He explained,

“The confident Yasir you see today used to be completely different back then. But within five minutes of a nervous-looking Yasir’s pitch, I was fully convinced and decided to invest in it as I was setting up Planet N after having left Tameer Bank.”

Moreover, he also shared his vision for ‘Planet N’, which has more than 21 companies on board to this date and intends to create the first billion-dollar company in Pakistan.

Followed by that, Sherry Khan the mystery performer who has built quite a good reputation amongst the masses with his live performances, managed to grab the crowd’s attention once again with his overwhelming tricks that left everyone amazed. In the last part, Jimmy Khan and his band made sure that the night ended on a high note by performing a number of beautiful songs. Dinner was also served along with refreshments for all the guests, attendees, and media representatives.

Update: The previous title has been change to reflect facts. 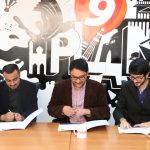