Recently Facebook has published its government request report online. The report shows the various requests from different governments around the world for restricting, removing or for the data access of the contents belonging to specific user accounts in context to the laws of their respective countries.

According to Facebook, government agencies usually request access to data of people who use Facebook in response to criminal cases, kidnapping or robberies. In other cases, the requests are being made to restrict some data which the government deem inappropriate.

Pakistani Government from January to June of 2015 made 192 requests for different purposes for which 275 user accounts were requested for access. Facebook responded to almost 60% of the requests.

The guidelines for responding to government requests can be found here, whereas there are also other listed report on the same page pertaining to other communications, networks and social media platforms, including LinkedIn, Twitter and Microsoft.

The website clearly states that all the requests received are not entertained. Every request is taken very seriously and goes through a fact checking process to make sure if it requires any action from facebook or not. 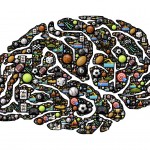