This newly developed pen can detect Cancer in 10 seconds

Researchers from the University of Texas have developed a Pen named MasSpec, which can detect cancer in a person in just 10 seconds.

The diagnostic pen will help doctors to operate on a cancer patient with much ease as it gives precise information regarding cancerous tissues which should be removed from the body. The pen has an accuracy level of 96 percent and detects cancer in a person’s body 150 times faster than conventional methods.

MasSpec releases a little drop of water on the tissue, and then the water soaks up the chemicals inside the cell. Once this process is done the device pushes the water into a mass spectrometer, an instrument which “detects molecules as a molecular fingerprint.” After this whole process which only takes few seconds, doctors can view the result on the screen.

James Suliburk, Head of Endocrine Surgery at Baylor College of Medicine said, “Anytime we can offer the patient a more precise surgery, a quicker surgery or a safer surgery, that’s something we want to do. This technology does all three. It allows us to be much more precise in what tissue we remove and what we leave behind.”

Commonly doctors and surgeons use frozen section analysis to detect cancer. It is a method in which doctors try to separate and mark the boundary between bad (cancerous) tissues and good (normal) tissues. The conventional process of detecting cancer is very slow and takes around half an hour to test each sample. Frozen section analysis is also unreliable in detecting some types of cancers as it gives unreliable results in up to 10 to 20 percent of cases. Moreover, the method sometimes doesn’t remove the cancer tissues entirely from the body which leads to recurrence of cancer.

Livia Schiavinato Eberlin, an assistant professor of chemistry at UT Austin and the one who designed this whole study asserted, “If you talk to cancer patients after surgery, one of the first things many will say is ‘I hope the surgeon got all cancer out. It’s just heartbreaking when that’s not the case. But our technology could vastly improve the odds that surgeons really do remove every last trace of cancer during surgery.”

Read also: This Artificial Intelligence algorithm can detect whether you are gay or straight 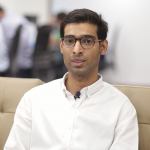