Haroon Rashid, the pro-rector and CEO of COMSATS Institute of Information Technology (CIIT) has been found guilty of submitting a plagiarized PhD thesis. An inquiry body was set up by the Islamabad High Court to investigate the matter. Upon inspection, the inquiry body concluded that the thesis was indeed plagiarized and that Mr. Haroon was unworthy of the PhD degree that he had achieved.

In October 2015, charges of plagiarism were leveled against Haroon Rashid by the Higher Education Commission (HEC). When investigation was carried out on the matter, it was actually found the thesis presented by him in Preston University in 2006 was actually copied from a thesis that was submitted to Hamdard University in 2004. The topic of Haroon Rashid’s thesis was “Parallel Scientific Applications Scheduling on Distributed Computing System”.

When the thesis was checked by an investigating body from Preston University via the globally used plagiarism checking software Turnitin, it was actually found that the thesis was copied to up to 72%. The original thesis was written by Rafiqul Zaman Khan and the topic for his thesis was “Empirical Study of Task Partitioning, Scheduling and Load Balancing Strategies for Distributed Images of Computing System”. 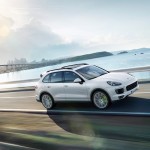